Just In: We’ll pay you back in your own coin, Abia North youths tackle Ohuabunwa for working with Wike to shortchange S/East

Just In: We’ll pay you back in your own coin, Abia North youths tackle Ohuabunwa for working with Wike to shortchange S/East 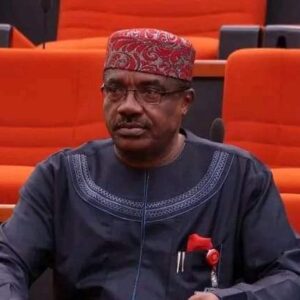 The attention of the Abia North Youth Alliance, an amalgamation of Youth Organisations in Abia North Senatorial Zone, has been drawn to the continued activities of Senator Mao Ohuabunwa working with the Governor of Rivers State, Nyesom Wike to short-change the South East Geopolitical Zone of the country.

Is Mao Ohuabunwa not aware that a National Chairman from the South West automatically means that the current National Secretary of the party, Senator Sam Daddy Anyanwu also has to vacate his office for a Northerner.

The implication of the gambit of Mao Ohuabunwa and his co-runners is that the South East will not be captured in both the candidacy and party hierarchy of the Peoples Democratic Party thus leading to total shut-out in the grand scheme of things.

Senator Ifeanyi Okowa from the South South is already the Running mate to the Presidential Candidate of the Party Alh. Atiku Abubakar. The only presence the South East has at the table of meetings in the hierarchy of the Peoples Democratic Party is our National Secretary, Senator Sam Daddy Anyanwu and by the agitation of Mao Ohuabunwa, that should be taken away also.

Alh. Atiku Abubakar had earlier pledged to step out of the Presidential race if the ticket is micro-zoned to the South East. It was the same Governor Wike that insisted on contesting thus throwing the race open.

Mao Ohuabunwa should not forget that it is the same Governor Wike that for the 2023 Primary Elections as conducted brazenly interfered in the politics of Abia North Senatorial Zone and foisted him on us even without winning the primaries of the Peoples Democratic Party. A matter still in contention. Mao should therefore note that what is good for the goose is also good for the gander.

We therefore wish to place him on notice that since Mao Ohuabunwa is not supporting the Presidential Candidate of the Peoples Democratic Party which is the implication of the road he has chosen to toe with Governor Wike, Abia North Youth Coalition will also pay him back in his own coin by working assiduously to support another party candidate for the Abia North Senatorial Zone. While assuring him that we will disappoint his plans with Governor Wike by delivering ATIKU in Abia North Senatorial Zone while Mao will suffer defeat in the zone in this same election.

Governor Wike has proven not to love or support the cause of Igbo people. He insisted on contesting for presidency when it was clearly the turn of Ndigbo. He did not advocate for Ndigbo to be given the Vice Presidential slot. Now he is working to deny Ndigbo their only seat at the Party Secretariat. And Mao Ohuabunwa is supporting him blindly.

You will hear from us.