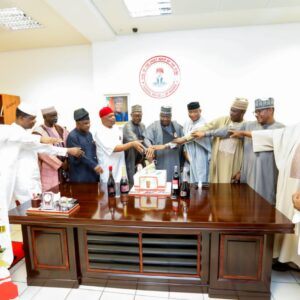 The Chief Whip of the Senate , Senator Orji Uzor Kalu on Tuesday threw a surprise reception to celebrate the Birthday anniversary of the leader of the Senate, Senator Abdullahi Yahaya who turned 71 last week Friday. 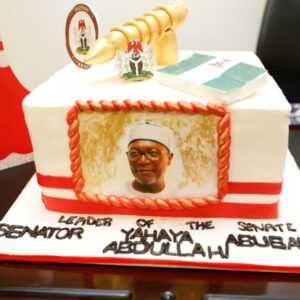 As Tuesday’s plenary commenced Senator Kalu ordered for a huge sized parliamentary themed Birthday cake decorated with the Photo and name of the celebrant. 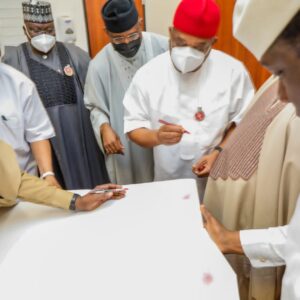 At the end of the plenary Senator led the President of the Senate, Senator Ahmed Lawan and other distinguished Senators including the celebrant to his office where the cake was already placed to the surprise of the Senator Abdullahi Yahaya. 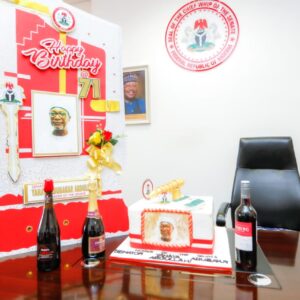 On arrival at Senator Kalu’s office, Senator Yahaya was greeted with the birthday cake inscribed with his name, followed by a birthday song rendered by the Senate President and others present. 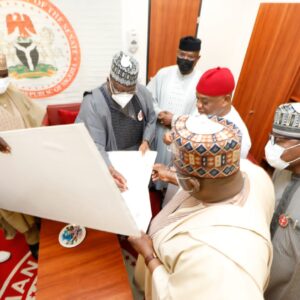 Senator Lawan had special words for the Senate Leader, describing him as honest, committed and dedicated to work. Lawan also thanked Senator Kalu for pulling off the mini occasion on very short notice. 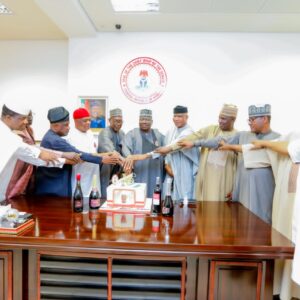 On his part, the Senator described Yahaya as a technocrat and a committed person who wants to work for the benefit of the people.

Senator Yahaya appreciated Senator Kalu for pulling off the surprise in just a few hours, saying that he never expected it. He also expressed his gratitude to other Senators present, thanking them for celebrating him. 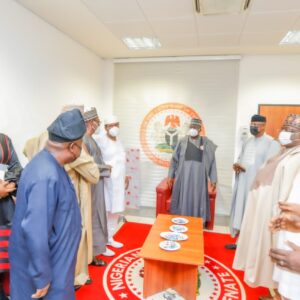 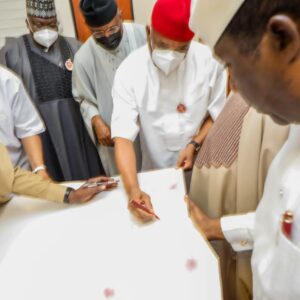