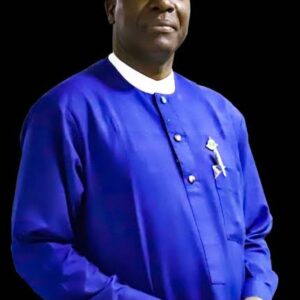 Gentlemen of the Press

2. The importance of this Press briefing is to partner with you to inform the public to be mindful of groups and individuals desirous of causing a breakdown of law and order in the country. This is more so that the Service has observed that some persons who are desperately seeking for power use wrong and skewed narratives to not only mislead citizens but overheat the polity. Already, they are exploiting and politicising the issue of insecurity in parts of the country for pecuniary and other selfish reasons. Many simply want to use the situation to cause divisions among citizens, seek cheap popularity and/or present the country as ungovernable.

3. The Service therefore warns that those who are involved in these should desist from such destabilising acts. It also enjoins politicians to play by the rule and avoid statements or activities capable of inflaming the fires of division and violence prior to 2023 elections. Opinion moulders like the clergy, religious and traditional rulers are also to guard their utterances and avoid inciting pronouncements.

4. In a related development, it is common knowledge that criminal elements will heighten their inglorious activities before, during and after the festive periods. Therefore, religious and community leaders, hoteliers and operators of markets, parks, recreational and relaxation centres are to be at alert and watch strange movements and activities around their facilities. Such facilities include places of worship, palaces, markets, schools and other public buildings. Owners and operators of these public spaces and their patrons should endeavour to isolate and report suspected rogues to security agencies for prompt response. Consequently, the Service’s interactive website and complaint lines will remain active and available to the public. Its formations at the State and local Government levels will be open 24 hours of the day. This is in line with the Service’s commitment and support to the populace.

5. As schools vacate and students return home for holidays, there is likelihood that subversive gangs will target them for recruitment for undesirable intents. These may include but not limited to financial crimes, armed robbery, civil disobedience and violent protests, substance abuse, banditry and kidnapping. In this respect, parents and guardians are advised to be watchful of their children and wards and ensure that they do not engage in unlawful acts. Aside students, recessing members of National Assembly/State Houses of Assembly and other public/private sector workers on vacation may be predisposed to threats of various degrees. This also applies to Nigerians who may travel from within and outside the country to join their loved ones for the celebrations.

6. These individuals are susceptible to kidnapping, hijack, assassinations, armed robbery and political manipulations. They are advised to be security conscious in order not to fall victims of these attacks and destructive political maneuvers. Let me reiterate at this juncture that those who sponsor kidnapping, banditry, terrorism, insurgency and all kinds of attacks on security agents, civilians and vulnerable populations should have a rethink. These persons, whether in the North or South, know themselves. There is no doubt that they have crossed the lines and it is now time to crush them.

7. On IPOB and the alleged ill-treatment of its detained leader, the Service has, without any fear of contradiction, applied restraint in making public statements over the matter. The reason is simply because it avoids joining issues especially over a matter that is sub-judice. But for the sake of transparency and democratic accountability, the Service has decided to make some clarifications.

8. It (the Service) denies all the inciting allegations by IPOB and states that:
i. Nnamdi Kanu is not, in any way, maltreated in custody. Accusations of maltreatment negate the Service’s Standard Operation Procedure on the implementation of rights of a suspect;
ii. Nnamdi Kanu enjoys full luxury in the holding facility incomparable to any of its type anywhere in the country. He is accorded full rights and privileges. He is never denied his right of worship or freedom from his select religious practice.
iii. Adequate attention is paid to Kanu’s health. He has unhindered access to the best medical care and doctors. Kanu, himself, has confirmed to his visitors that the Service has never, in any way, maltreated him. He even confirmed this to the quartet of Senators Ike Ekweremadu and Enyinnaya Abaribe; Bishop Sunday Onuoha of the Methodist Church, Nigeria and Co-Chair, Interfaith Dialogue Forum for Peace and Ambassador Okechukwu Emuchay, MFR, Secretary-General, Ohanaeze Ndigbo, who saw him on Wednesday, 8th December, 2021.
iv. The story of Kanu being starved is fallacious. He could not have been starved as he enjoys meals of his choice. That he is not allowed change of clothing is also false. He is regularly allowed change of clothing as against what is presented to the public by IPOB propagandists. Assuming he is being maltreated, how come his visitors told him he was looking well? All the allegations of violation of his rights as a suspect, victimization and starvation among others are not true.
v. It is unfortunate that some elements have decided to use outright misinformation to represent the state of affairs. Those who make these false stories do so to attract undue attention for the singular purpose of achieving a desired end. Rather than focus on how he should get justice, Kanu’s legal team and some mischievous elements among them have chosen to use fake news to mislead the public. While the Court in its wisdom ordered that Kanu be remanded in the safer DSS Custody, some of his legal representatives, for reasons best known to them, preferred Kuje Prison and have failed to explain the rationale for such choice.
vi. It may interest the public to note that a particular lawyer among Kanu’s Team is feasting on the matter such that one can conclude that his interest is beyond getting justice for his client. Be that as it may, the Court has the final say on the matter.

9. Instructively, the media is reminded of its duty in national security. As influencers, media practitioners are called upon to use their platforms to pursue peaceful coexistence. They must commit themselves to the unity of the country and shun misinformation, fake news, hate speech and such other misleading narratives. Journalists, while discharging their constitutional roles, are enjoined to be objective, conflict-sensitive and patriotic in their reportage.

10. Overall, citizens and residents are advised to cooperate with security and law enforcement agencies for lasting peace in the country. They should be wary of efforts designed from within and outside the shores of the country to misdirect or use them to undermine public order. Therefore, they should exercise caution in the way and manner they may conduct their affairs during the festivities and beyond. On its part, the Service will continue to collaborate with other sister agencies and relevant stakeholders to ensure that all law abiding citizens and residents pursue their legitimate businesses without hindrances.

11. While it has become expedient to issue these warnings and advisories, the Service maintains that it will not hesitate to deal, in accordance with the law, with those who may wish to test its resolve in ensuring internal security and national stability before, during and after the yuletide. For those that wish to, they must note that nemesis and the long hands of the law will definitely catch up with them. For emphasis, no one, no matter how highly placed, will be allowed to take laws into his or her hands.

12. Finally, the DG, Management and Staff of the DSS appreciate everyone who has supported the Service in its effort to ensure peace and security in the country. Let us remember that security is the responsibility of everyone. Let us support security agencies to achieve the desired peace for our country. We wish every one of you and indeed all Nigerians a hitch free yuletide season. As we look forward to a new year, we wish you a prosperous 2022.
Thank you.