Warning: sprintf(): Too few arguments in /home/www/osunreporters.com/wp-content/themes/goodlife-wp/inc/breadcrumbs.php on line 208 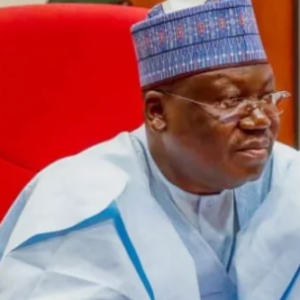 The Senate, on Wednesday, approved  a N17.126trn budget for the 2022 fiscal year, this was after it increased the budgetary expenditure by N800 billion.

Recall that the House of Representatives passed the budget on Tuesday. President Muhammadu Buhari had submitted a budget of N16.391 trillion to the National Assembly.

Also , The Senate raised the oil benchmark to $62 as against the $52 that was proposed by the executive, while the exchange rate was retained at N410.15.

It said the increase in oil price was to reflect the current market values of the oil barrel in the international market.

In his presentation, Chairman of the Committee, Jibrin Barau (APC – Kano North), while giving highlights of the bill, said out of the total sum of N17.126 trn for the fiscal year 2022, N869.6bn is for Statutory transfers; N3.8trn is for Debt Service; N6.9trn is for Recurrent Expenditure; and N5.4trn for Capital Expenditure.

The Senate also adjourned and announced  January 18th 2022 for its resumption.