Former Governor of Abia State and Chief Whip of the Senate, Senator  Orji Uzor Kalu has called on Nigerians to

their support for  President Muhammadu Buhari in his efforts to reposition the country.

Highlighting the achievements of the President,  the former Governor stressed that President Buhari is committed to even development across the country, adding that the infrastructural regeneration in the South East couldn’t have been possible if the President was biased against Ndigbo. 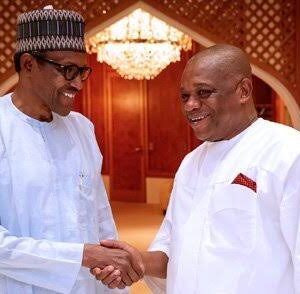 Kalu while cautioning the political class against hate speech and campaign of calumny against the President, pointed out that  President Buhari deserves commendation from Nigerians regardless of ethnic, religious and political differences.

The former Governor, who made these assertions  on Wednesday when he received a delegation of Isi Ugwu stakeholders on solidarity visit in Abuja

said, “I am elated with the visit of the stakeholders from Isi- Ugwu in Ohafia local government area of Abia state.

” As you mentioned, the road projects and other infrastructure being executed in Abia North Senatorial district couldn’t have been possible without the support of President Buhari.

“I am motivated to facilitate projects to Abia North Senatorial district because of the robust support from  Mr President.

In the 2019 general elections, during the presidential election, our party, the All Progressives Congress (APC) polled 68% votes.

” Abia North Senatorial district will continue to witness robust transformation in all ramifications.

“I have continued to build and repair roads, construct and equip schools, install transformers, build solar power boreholes, grant soft loans, empower women and youths, build and rehabilitate health centres among other projects as I promised during my campaign.

” The giant feat achieved thus far in my capacity as a Senator is attributed to the generosity of the President to the South East.

“Despite the campaign of calumny, the President has been patriotic and selfless.

” The  verifiable projects embarked upon by the federal government in the South East are countless including the construction of 2nd Niger bridge, rehabilitation of Enugu-Port Harcourt expressway, rehabilitation of Bende- Arochukwu-Ohafia road and  reconstruction of runway of Akanu Ibiam International Airport, Enugu. The Ihechiowa -Arochukwu road, the federal government has set machinery in motion for its completion.

“The APC led federal government under the leadership of President Buhari will not relent in building infrastructure across the six geopolitical zones of the country.

” The President deserves our prayers as he had been destined by God to lead Nigerians and Nigeria.

“The holy books stressed that we should pray for our leaders and as such we must uphold the tenets of the holy Bible and holy Qur’an.

” I have always maintained the fact that President Buhari has been supportive to the  cause of Ndigbo and Nigeria in general. 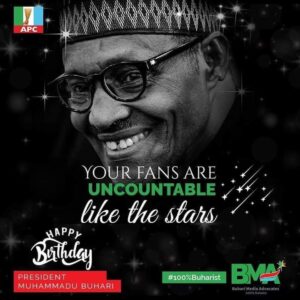 “Judging for the verifiable projects of the federal government in the South East and other parts of Nigeria,  it is obvious that the President is committed to building a prosperous nation.

“The President is a highly detrabilized and patriotic Nigerian”. He said

The former Governor also commended the delegation for the visit,  noting that he (Kalu) will not relent in making life meaningful for his constituents.