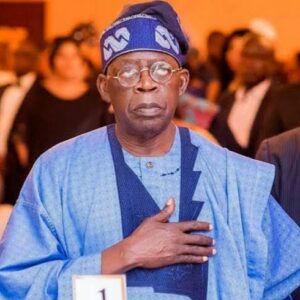 A group, Northern States Christian Elders Forum (NOSCEF) has described as insensitive and selfish, thoughts of fielding a Muslim-Muslim ticket for presidency in the 2023 general election.

The group warned that such moves will be massively resisted.

This came as the Kaduna Integrity Group and 5 others, perfected arrangements in Kaduna to woo Mr Gbenga Olawepo-Hashim of the APC into the Presidential race in 2023, insisting that he is the perfect, potential President that would unite Nigeria.

NOSCEF, in a statement, signed by its Chairman, Engineer Ejoga Oyinehi Inalegwu, made available to newsmen in Kaduna on Tuesday, said: “the Northern States Christian Elders Forum (NOSCEF) read with concerns the reported meeting of a frontline politician with some  Northern Elders, advocating a Muslim/Muslim ticket if given the Presidential ticket and many days after, the report has not been refuted.”

“We wonder which Northern Elders were in the said meeting.

Let us recall the Chief Abiola Alhaji Kingibe Muslim-Muslim ticket that won the election in a military imposed two-party system in 1993. The majority of Nigerians, including myself voted for that ticket because, a vote for that ticket was a vote for fairness, equity, justice and power rotation between North and South, South East and North East,” they said.

They submitted that at the previous election, Alhaji Shehu Shagari (North West)/Dr. Ekwueme (South East) ruled Nigeria and Abiola/Kingibe therefore, meant power shifting between North and South and in the North, power shifting from North West to North East and in the South, from South West to South East.

“Remember there were no other alternatives since it was a two-party system.

“Therefore, the same injustice, inequity, marginalization that Nigerians fought against to vote a Muslim–Muslim ticket cannot now be promoted by voting same Muslim-Muslim or Christian- Christian ticket,” it said.

They explained that Nigerians in 1993, bent over backwards to vote and affirm with one voice, that the ill of religious and regional differences were more tolerable than injustice, inequity and marginalization.

“Northerners across religious lines voted for Chief Abiola from the south and expected that thereafter that it would only be fair, for power to shift back to North East or North Central.

“The voting pattern re-echoed Fayemi’s saying that “ unity cannot endure where injustice, marginalization and inequity thrives”. It was a vote against injustice and marginalization,” they recalled.

NOSCEF said that it is deeply concerned about this kite being flown again.

“When we remember the speculated rift between Senator Bukola Saraki and the clique that had pressed in 2015 for a Buhari/Tinubu Muslim-Muslim ticket, which Saraki and many like-minded patriots had considered insensitive in the Nigerian state.

“Linking it with the North West would remind observing Nigerians, who have seen how a similar insensitivity has deepened the divide and mistrust in the North West state,” they pointed out.

The group said that they had identified with the President in his call for unity and therefore, condemn in strong terms,  any move that will further aggravate the lines of the divide for selfish political gains at the expense of a peaceful and united Nigeria.

“We appeal to all Nigerians across party, regional, ethnic and religious divides to rise up and mobilize the citizenship against any inconsiderate politician or political grouping, seeking to promote exclusion and marginalization of any section of our country.

“Those that do not wish Nigeria well have no business seeking its leadership,” they warned.

They added that such politicians will make every attempt to manipulate Nigerians as a people, through double talks and deceit but,  “we trust that God who put us together for a great nation, will defeat them in all their antics/craftiness and bring to pass the expectations of true and patriotic Nigerians seeking a truly united and prosperous Nigeria.”

They, therefore, tasked Nigerians to pray that anyone who plans to rise to power in Nigeria, by fueling the embers of discrimination, using the instrumentation of religious ethnic differences will fail, because God is greater and wiser than any manipulation of man.

“NOSCEF being mindful of the various crisis that has bedevilled our nation to date calls on all Nigerians to be vigilant and prepared to defeat the enemies to our peaceful co-existence without regard to party affiliation and persuasion.

“Remember that loyalty to the nation Nigeria ranks far above loyalty to any party.

“The nation is in dire need of a selfless, considerate, sensitive, honest, transparent leader who will unite, bind, heal the wounds that have posed a great danger to our corporate existence as a nation, integrate and foster lasting bonds of unity of our dear country.

“We need politicians across party lines and all peace-loving Nigerians across religious, regional and ethnic divides to reject politicians sowing seeds of further polarization and work for/align with inclusiveness, unity, equity, fairness, justice.

“This might even entail going against regional and party affiliations to drive home the point that power is giving in trust for the good of the people not for self-centred ambition.

“Anyone that is seeking the highest political office of the land at the expense of the peace the nation and building of tolerance amongst the diversity of our country, cannot lay claim to being a patriot and would therefore have no business being encouraged or voted to such a position.

“NOSCEF enjoins Nigerians to continue to pray for our country,” it concluded.

Meanwhile, a Group, the Kaduna Integrity Group, two women forums and other related associations, met in Kaduna to join forces in asking All Progressives Congress ( APC) chieftain, Gbenga Olawepo-Hashim, to give another shot for the Presidency in 2023.

In a communique at the end of the meeting, signed by Samaila Gari and Florence Johnson, the groups said

” wth a Muslim father from a highly reverend family in the North, a Christian mother from the Yoruba Southwest, many business and political associates from the Southeast and South-South, coupled with about 30 years experience in the oil and energy sector, we believe Mr Olawepo-Hashim is the right successor to President Buhari, come 2023 by the will of Almighty Allah, ” they said

Just In: Banditry "Expose criminals amongst you" Niger Governor to communities