Just In: Banditry “Expose criminals amongst you” Niger Governor to communities

Just In: Banditry “Expose criminals amongst you” Niger Governor to communities 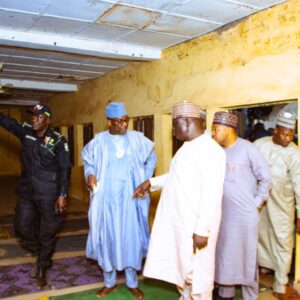 Following the recent banditry activities in some communities in Mashegu local government area of Niger State, Governor Abubakar Sani Bello has visited the communities with a call on the people to be vigilant and observant of the activities in their neighborhood. 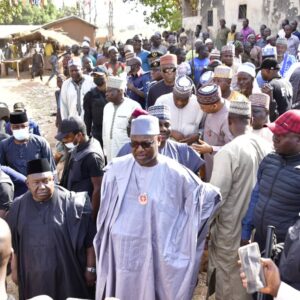 Governor Sani Bello explained that the visit was aimed at obtaining first hand information on the incidents to enable the government to reorganize and plan on how to prevent reoccurrence.

“I decided to come and see what has happened, get first hand information so that we can plan how to stop such things from happening going forward. It is unfortunate that people are being attacked while saying their prayers early in the morning.” 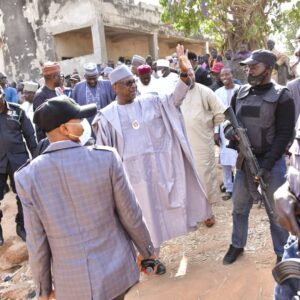 At Tugan Ba’ari, Adogon Malam and Mazakuka communities where the Governor visited respectively and interacted with the residents, his message was the same.

He empathized with them on the situation and stressed the need for them to make peace and be on the watch out for people with questionable character amongst them. 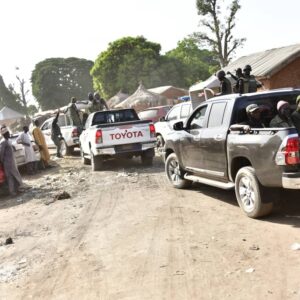 Governor Sani Bello further urged them to work out modalities on how to fish out bad eggs among them so as to assist the security agents in curtailing the situation pointing out that there cannot be a successful attack without an insider.

“I understand that it is the work of bandits probably with the connivance of some locals. So I call on the community members to pay attention to their neighbors and to be very observant of what is going on around them”, he said. 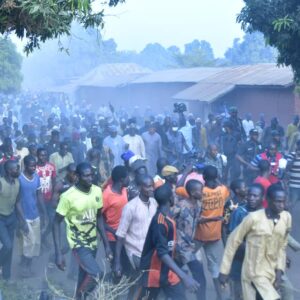 The Governor then assured the people that the government will not rest on its oars in evolving measures that would prevent reoccurrence, expressing optimism that the commission of inquiry he had earlier set up would do a thorough job.

The Council Chairman of Mashegu, Alh. Alhassan Isah Mazakuka disclosed that 17 people were killed, 19 kidnapped and 8 injured at Ba’ari while praying in the mosque last week. 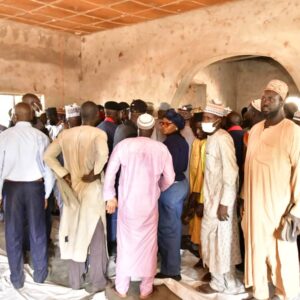 Alh. Isah Mazakuka said some of the victims who sustained injury in the attack are receiving treatment at the General Hospital Kontagora while some were referred to Kebbi State for treatment.

Also speaking, the Ward Head of Tunga Ba’ari Alh. Garba Aliyu described the incident as horrible, explaining that their men and women were taken away by bandits.

He called on the government to empower the vigilantes more, reiterating that insecurity in the area is becoming persistent. 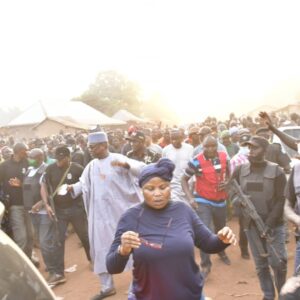 Recall that Mazakuka, Adogon Malam, Kulho among other communities in Mashegu have been experiencing series of banditry attacks that led to the killing of many people in recent times, just last week, scores were feared dead, some kidnapped and some others injured at Tugan Baari while they were performing the morning prayers in the Mosque. 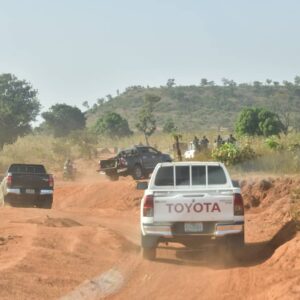