The members of OUK MOVEMENT, Abia State have been charged to ensure that they mobilize and encourage all the members to participate actively in the forthcoming Congress of the party.

State Chairman of  the organisation,ENGR.AGU NDUKWE ORJI gave the charge during an expanded State Executive Committee meeting held on Saturday, the 19th day of June,2021 at the State Secretariat, No.24 School Road,Umuahia ,the Abia State capital.

The meeting commenced with an opening prayer led by the State Officer in charge of Religious Affairs, Chinedu Ule from Ugwunagbo LGA ,followed with presentation of kola nuts.

Ndukwe in his opening remark , thanked members for attending despite the state of affairs and informed those present, particularly the LG Chairmen that the day’s meeting anchored on one item agenda which was on the forthcoming APC congress.

Mr. Ndukwe  recalled how the movement sometime last year, established Executive Committee of 27 members in the 296 ABSIEC wards in the state to enhance membership of OUK movement. The State Chairman charged the LG Chairmen to work in synergy with State Officers from their respective local governments to ensure that OUK movement is re- engineered and opined that the Executive Committee of the ABSIEC wards should be compressed to INEC wards in their various local governments for the purposes of the forthcoming APC congress without necessarily jettisoning the existence of OUK movement in such areas. 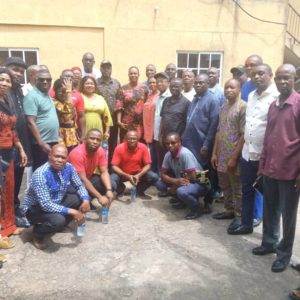 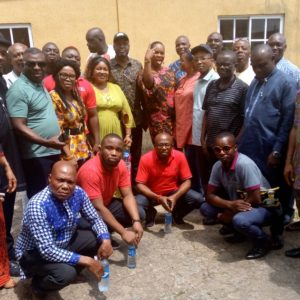 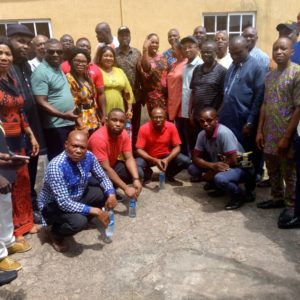 He encouraged them to ensure that only dedicated and devoted members of OUK Movement make up the list of the INEC wards Executive hoping that the Local Government Chairmen would use their administrative ingenuity and the said lists ought to be submitted to the State Secretariat on *Monday, 21/06/2021*,either in hard or soft copies for further necessary action. According to the State Chairman ,if members must be relevant in APC,they must ensure active participation in the forthcoming Congress and assured that OUK movement would throw her weight behind any member that  shall be willing and prepared to contest for any position during the Congress from the ward to State levels and further intimated members that the sole reason for the adhoc arrangement was for same to be in tandem with the forthcoming Congress and in line with the ethos of the Party.

The local government Chairmen promised to work assiduously to meet the dead line for the submission of their lists as directed.

The State Chairman  announced a donation of *#300,000.00* by Dr.Chidia Madukwe ,an ardent supporter of OUK movement who is the Managing Director of Nigeria Films Corporation who was ably represented by Barr. Udo Uduma who on behalf of Dr Maduekwe,enjoined members to ensure that they propagate the ideals of the Leader and Founder of the movement, H.E.Senator Orji Uzor Kalu, the Chief Whip of the Senate whom he said has sacrificed much for the welfare of members. 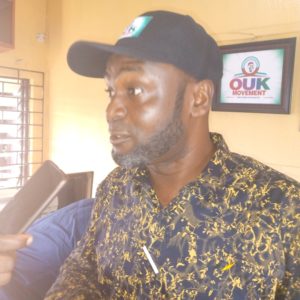 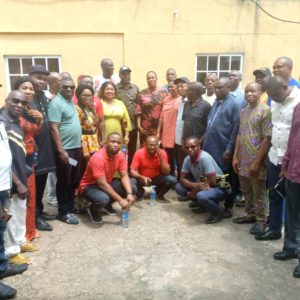 The members in one voice, extolled and applauded Dr Chidia Maduekwe for his magnanimity and prayed God to enlarge his coast.The members of the State enlarged Exco equally extolled the quality representation of Senator Orji Uzor Kalu and reaffirmed their total commitment ,dedication, support and unalloyed loyalty to the Leader of OUK movement whom they described as God- sent Leader whom God would use to actualize their aspirations.

One Emeka Ekpe from Ohafia local government was introduced to members who was part of  the meeting in observer status.

After some questions were asked by members for clarification on the issues raised pertaining to the agenda of the meeting which were responded to satisfactorily by the State Chairman, the State Youth Leader,Chief Dominic Oforji from Ukwa West local government area, moved motion for adjournment and was seconded by Precious Ojembi(alias Bongidi) .The closing prayer was said by Chinedu Ule a