The Chief Whip of the Senate, Senator Orji Uzor Kalu, joined the rest of his colleagues to resume his normal legislative duties at the National Assembly complex on Tuesday.

The former governor of Abia State arrived at the Senate wing of the Red Chambers at exactly 9:46 am, flanked by some members of his security and personal aides.

His arrival elicited delight among legislative staff and security operatives at the entrance of the Senate building, just as he acknowledged their greetings and cheers.

In compliance with COVID-19 protocols, the two time former Governor of Abia State and Chief Whip of the Senate, who returned from the United States of America (USA) to Nigeria on Monday has gone into isolation. Kalu, who was in the USA for a few weeks, had fruitful meetings with friends and associates, many of whom described Kalu’s visit as timely and eventful. Recall, during his visit, Kalu met with students of the National War College in Washington DC to discuss the untapped potentials of Senate’s Chief Whip, Orji Kalu, isolates after the US trip the African economy. 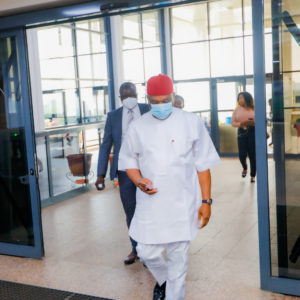 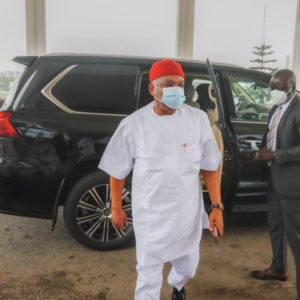 Recall, during his visit, Kalu met with students of the National War College in Washington DC to discuss the untapped potentials of Senate’s Chief Whip, Orji Kalu, isolates after the US trip the African economy.

The Senate Chief Whip equally had fruitful engagements with development partners and non-profit organisations in a bid to seek support for his constituency. According to Kalu via his Twitter handle, his decision to isolate is in accordance with the Nigeria Center for Disease Control (NCDC) guidelines for international travel. 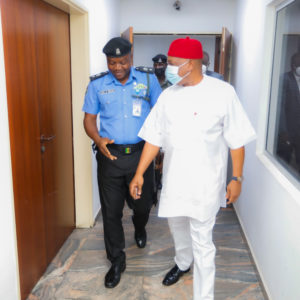 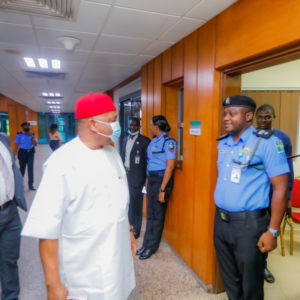 The former governor called on Nigerians to abide by the regulations of the Federal Government and international bodies to prevent the spread of the coronavirus.

Taking to his social media handles to Announce his resumption Kalu wrote ; “Good day esteemed friends I have gladly resumed with my distinguished colleagues today. I remain committed in the service of  accomplishing legislative duties for the benefit of my dear constituents and Nigerians at large.
Yours in service!”
#OUK