Member, National Governing Council of the Africa Union Development Agency(AUDA-NEPAD), Hon Edozie Madu on Thursday, met with the Anambra State Executive of the  APC in Awka to officially declare his intention to fly the party’s flag in the November 6th Governorship election in the State.

Madu was received at the Anambra APC secretariat by members of the State Executive led by the Caretaker Committee Chairman, Chief Basil Ejidike.

Addressing party members, the former Presidential candidate of Independent Democrats(ID) called on the party to provide a level playing field for all the aspirants in the upcoming Governorship primaries in the state.

According to him, “There is need for the current party state exco to maintain its neutrality as we draw close to the Governorship primaries. Their is equally the need for party members to critically look at the contributions of various Governorship aspirants with regards to winning elections in the state”

in his words, “The entire South-East especially Anambra State has been hostile to the APC despite the Federal Government’s tremendous developmental strides in the region. No party has shown the people of the South-East this much love in terms of infrastructural development. For this Governorship election we need a candidate that has street credibility. We need a candidate that can effectively walk the streets of Anambra State with the broom campaigning for the APC and win elections.

We equally need to be strategic in choosing the candidate to fly the party’s flag in Anambra. We need a candidate from an area where the party is growing and not shrinking.  In 2017 despite being the national Chairman of ID, and the attendant hostility of our people to the party, i openly supported and campaigned for the APC Governorship candidate, Dr Tony Nwoye, I did not just support him, i delivered the 2 wards in my town to APC, the only wards won by the party in the 2 Local Governments of Orumba North and South. With all due respect most of the current Governorship aspirants have not been able to deliver their polling units not to talk of wards to APC in any election.

He further called on party members to accord respect and honor and equally support the efforts of the Minister for Labour and Productivity, Senator Chris Ngige whom he described as the leader of the party in the State.

In his address, the State Caretaker Committee Chairman of APC, Chief Basil Ejidike assured the aspirant of a level playing field in the Governorship primaries.

Accompanying Madu to the State office, was the former Presidential candidate of NDLP in the 2019 Presidential election, Mr Robinson Akpua who also called on APC members in the State to support the candidature of Hon Edozie Madu. 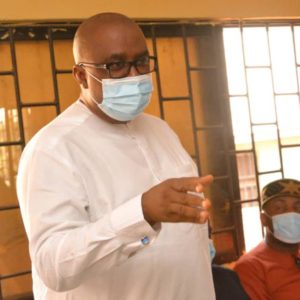 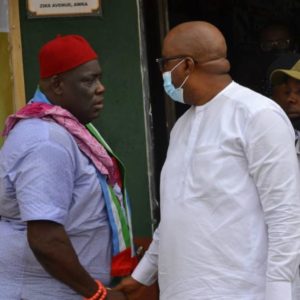 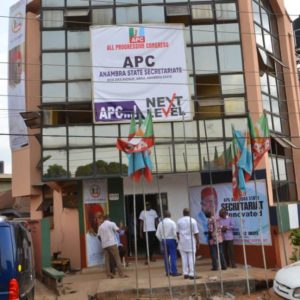 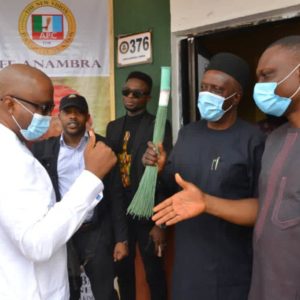 BREAKING NEWS: Defense officials fear possible INSIDE attack at Biden's inauguration and will vet all 25,000 National Guard troops stationed in the Capitol