The Chief Whip of the Senate and Senator representing Abia-North Senatorial district, Senator Orji Uzor Kalu has arrived at the National Assembly complex to join his colleagues to resume the session for the 2021 legislative year.

Dressed in his usual white Kaftan matched with a Red Traditional cap, the former Governor arrived at the Senate chambers at 9:15 AM, Senator Kalu was greeted to tumultuous pleasantries from staff , security agents and workers at the National Assembly building as he headed towards the office of the Senate President.

Recall that the provisional schedule for 2021 legislative activities of the National Assembly as the year was scheduled for Tuesday, January 26, 2021. But was postponed to February 9. According to the clerk of the National Assembly, the postponement is to enable members of the APC participate in the registration and revalidation of its membership which commenced on January 25 this year.

Also recall , the Abuja division of the Federal High Court on Monday gave a former Abia State Governor and Senate Chief Whip, Dr.Orji Kalu the permission to challenge his retrial by the Economic and Financial Crimes Commission (EFCC) on alleged money laundering charges.

Consequently, Justice Inyang Ekwo has ordered that the planned re-arraignment of the politician in the alleged N7.1billion money laundering charges be put on hold until the resolution of the legal questions raised against his retrial.

In a motion exparte which was moved an argued by his counsel, Prof. Awa Kalu (SAN), Senator Kalu asked for an order of Court prohibiting the EFCC from retrying him on the same alleged money laundering charges against him.

He contended that having been tried, convicted and sentenced the n same charges FHC/ABJ/CR/56/ 2007, by the court by Justice M.B. Idris, it will amount to double jeopardy if is subjected to a fresh trial on the same charge.

Justice Ekwo in his ruling, granted leave to Kalu to seek an order prohibiting the Federal Republic of Nigeria, through the EFCC (her agent), her officers, servants, others, agents, privies and any other person or bodies driving authority from the Federal Republic of Nigeria, from retrying him on charge No. FHC/ABJ/CR/56/2007 between FRN vs Orji Kalu & 2 or any other charge based on the same facts de novo, there being no extant judgment and ruling of a competent court in Nigeria mandating the same.

An order prohibiting the Federal Republic of Nigeria, through the EFCC (her agent), her officers, servants, others, agents, privies and any other person or bodies driving authority from the Federal Republic of Nigeria, from retrying, harrassing and intimidating him with respect to the charge as concerns charge No: FHC/ABJ/CR/56/2007 between FRN vs Orji Kalu & 2 ors or any other charge based on same facts as he need not suffer double jeopardy.

The court further ordered that the leave should operate as a stay of proceedings until the determination of the application. 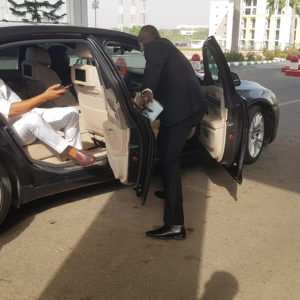 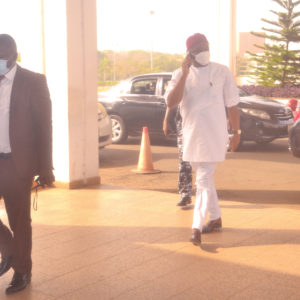 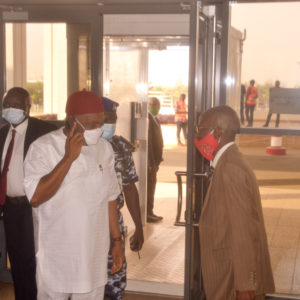 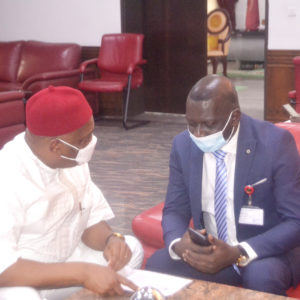 Your Retrial Is A Pathway To Your Political Greatness, Cleric to Sen  Orji  Kalu