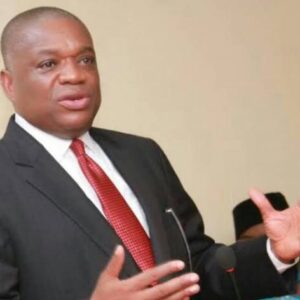 The fiery cleric while applauding the former Abia state governor for constructing over 63 rural roads in the district in three years said “Abia North senatorial district is lucky to have Kalu as her Senator”.

He stated this on Thursday morning in Bende Local Government Area while inspecting some road projects attracted by Senator Orji Uzor Kalu to the zone.

According to him, Kalu’s performance as a Senator in the last three years was the best in the history of the state, noting that the people of the zone would re-elect Kalu and other APC candidates in the 2023 general elections overwhelmingly.

“I have gone round the zone, it is the same story from Isuochi to Uturu, Bende to Alayi, Abiriba to Nkporo, Ututu to Arochukwu, Ohafia to Abam and even outside the zone. Roads and school renovation projects are scattered everywhere in the state courtesy of Distinguished Senator Orji Uzor Kalu.

“In all honesty, Abia North are lucky to have him as their senator. The Bible says say the truth and it shall set you free; I’m not a member of any political party. I am here to confirm what I saw on social media and I have seen them with my own eyes. The world must know that Senator Orji Uzor Kalu is a brilliant performer,” he said.