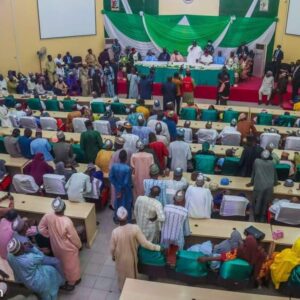 The President of the Senate, Ahmad Lawan was on Saturday in Jigawa to drive further support for his Presidential bid ahead of the upcoming primaries of the All Progressives Congress(APC).

Lawan arrived at the “New World” alongside his campaign train which included; the Chief Whip of the Senate, Senator Orji Uzor Kalu , Senator Bello Mandiya, his campaign spokesman Iyke Ekeoma and other Senators to consult with the All Progressive’s Congress delegates in the state.

While at Dutse, the capital city of Jigawa State, Lawan and his campaign team paid traditional homage to the Emir of Dutse, Dr Nuhu Muhammadu Sanusi and later met with members of his party, APC, particularly the delegates to seek their support and understanding despite the fact that their Governor, Abubakar Badaru too is in the race.

Addressing the delegates, the Senate President pledged to reform the educational system if given the chance to be next President of Nigeria.

“Time is of essence and I promise you that if I get the chance to be the President of the Federal Republic of Nigeria, I will reform the educational system because I know what it means for the public Institution to be functional,” he said.

“We are doing so much but I think there are a lot of rooms for improvement. I want to see a situation where private schools, public schools are able to provide a kind of environment for learning and teaching.

“In northern Nigeria, we have close to 15 million out of school children. That is not a good story for us. That is a time bomb for us because in addition to losing such children from being good leaders, some of them, God forbid, may turn into to crime.”

Lawan also spoke of plans to further enhance those areas of the Nigerian economy that are doing well and rejig those that require rejigging.

“The economy of Nigeria is an economy that is meant to serve everyone. At the moment, we are doing our best. .

“I intend to build on those programmes, refocus some of them. Some of them have achieved optimum success. Some not as much. Some low but our focus will be to enhance those that have achieved optimum success and refocus those that need refocus because at the end of the day, governance is about making people to live a better life, an improved life.”

The Senate President said he was optimistic that the security situation in the country would have improved by the time President Muhammadu Buhari would exit from power in May 2023.

“We are one people. APC is a platform for all of us. So our ideals, our programmes are the same. And let me commend Governor Badaru for doing so much to complement what President Muhammadu Buhari has been doing at the center.

“I commend my brother, the Governor, for ensuring that the situation is calm here and we are working hard to ensure that other areas are also calm,” Lawan said.

The Senate President told the delegates that he was aware that Governor Badaru too is seeking the same office but assured his audience the issue would be sorted out between them.

“The fact that we are here tells a story. That even though our Governor is running for the same thing that I am running for, yet we come here to have this interaction and engagement indicates that we are one.

“It will be my joy to be the candidate of the APC but I will be happy also if my brother gets the ticket and I’m assuring him of my support. So for us in APC, what matters is how we are able to continue to deliver services to the people of Nigeria,” Lawan said.

In his response, the State Deputy Governor, Umar Namadi described Lawan and Badaru as “sons” of President Muhammadu Buhari whom he believed would eventually decide who, between them, would go for the contest.

“Governor Abubakar Badaru has asked me to tell you that in Jigawa here, you are at home. As we all know, you and he are five and six. Because you and him are sons of Mr President.

“And I’m sure like you said, you will discuss the matter between yourselves and resolve it. I’m sure whatever His Excellency asks the delegates from Jigawa State to do, they will do it. So you don’t have a problem,” Namadi said.

The Senate President told the congregation of delegates that he had acquired enough experience to lead the country, harping on the need for the country to evolve from an oil-dependent nation to a knowledge-based economy. 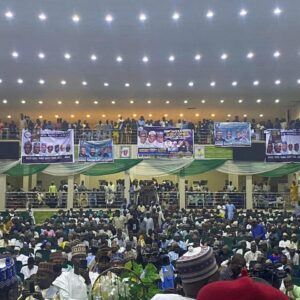 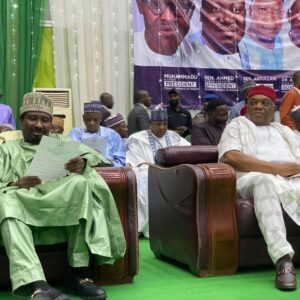 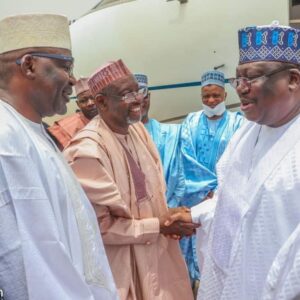 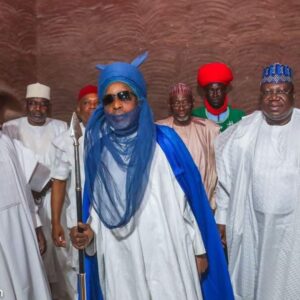 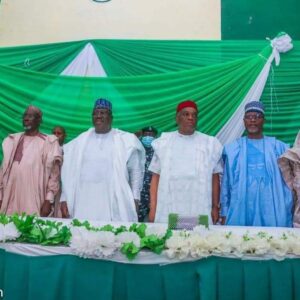 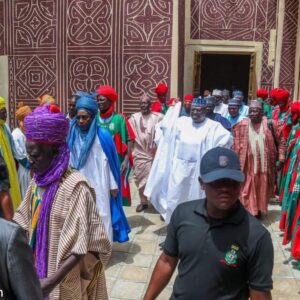 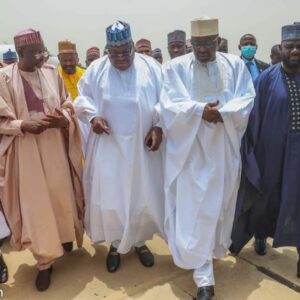