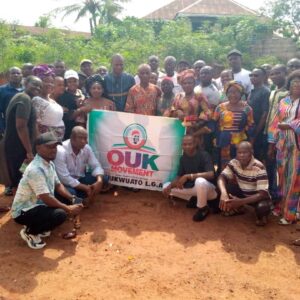 “OUK is a man we should all trust. Patience is a virtue. He has done so well as the Senator representing Abia North senatorial district. Don’t be distracted by the antics of his opposition. Remain committed in your support for him, ” he said.

The group unanimously passed a vote of confidence on the Chief Whip of the Senate.