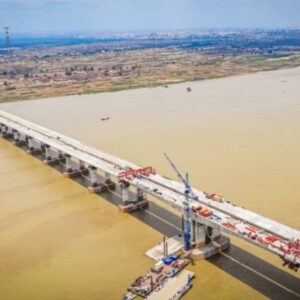 As it Happened Today:

As President Buhari promises to commission the Bridge in October 2022. 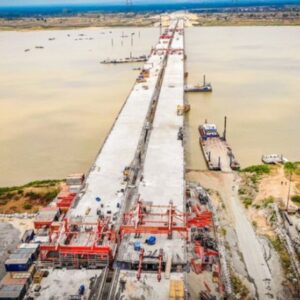 In what appears as a pre-commissioning event, the Chief of Staff to the President, Prof Ibrahim Gambari, on Tuesday led a team of senior government officials to inspect the progress of work on the second Niger Bridge that is primed to link major cities in the Southeast and Southsouth with the rest of the country.

The bridge, which was inherited from the previous administration in the country, appears to be a signature project, which the Buhari administration is anxiously waiting to deliver and make a major statement as a demonstration of its commitment and political will in delivering within a space of three years. 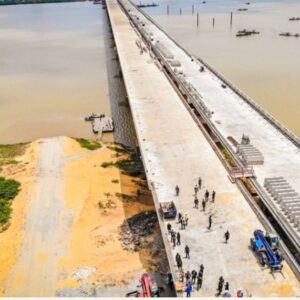 After being led on inspection of the ambitious project by the Minister of Works and Housing, Mr. Babatunde Fashola, the Chief of Staff to the President, revealed that the send Niger Bridge has so far gulped over N400 billion but that the administration was satisfied the project would finally be delivered in October.

*Prof Gambari explained that out of the N400 billion already spent , the previous administration committed N10 billion into the project, adding that contrary to insinuations, the project being funded 100 percent by the Nigerian government.* 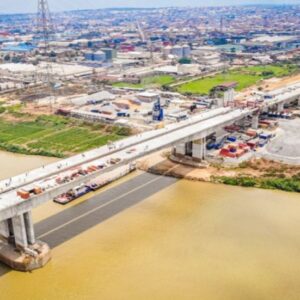 The Minister of Works and Housing, Babatunde Fashola, announced that there would be power disruption around the bridge head for two weeks in April this year to enable the Transmission Company of Nigeria to relocate and realign the transmission lines to pave the way for the completion of the ring roads connecting the bridge from all routes.

The minister also announced that with the completion of concrete work on the bridge, making it possible for a walk from the beginning to the end of the 1.6 kilometres stretch, the minor alignments on the structure would be wrapped up before the end of April.

Reacting to whether there would be tollgate at the Second Niger Bridgehead, Fashola said that his priority was to complete the road before delving into the suitability or otherwise of the road for tolling.

The minister said that although there is a Federal Executive Council approval for the tolling of 12 highways in the country, the decision on tolling the 2nd Niger Bridge head was yet to be made by the federal government.

That notwithstanding, there are ongoing construction of facilities that have the semblance of toll gates at the bridgehead.

Explaining the project to the presidential entourage, which also included the Minister of Labour and Productivity, Dr. Chris Ngige and the Managing Director of the Nigeria Sovereign Investment Authority, NSIA, Dr. Uche Orji, the Managing Director of Julius Berger Nigeria Limited, Lars Richter, disclosed that the level of work on the bridge, which they started in earnest in 2018, had reached 93 percent.

Richter said that despite the difficult terrain where the bridge is situated, the company deployed a special technology to stabilize the ground for the construction work to progress in earnest and provide environmental safety for all the communities around the area.

*It will be recalled that the 2nd Niger Bridge, which was officially started in 2014 by the President Goodluck Jonathan administration, however gathered much steam in 2018 when the project was given adequate and sustained funding by the Buhari government.*