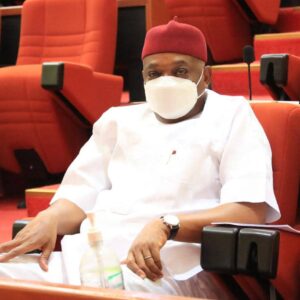 I am appealing to the various caucuses of our great party, the All Progressives Congress, APC, to unite and harmonize for the overall interest of all.

It is imperative that we put the interest of our great party ahead of our individual interests for the good of Nigerians even after the 2023 general elections.

Therefore, I’m calling on those in charge of the party’s leadership to carry every caucus along in the affairs of the party.

Selective leadership, nepotism, arrogance and disregard for the rule of law should be avoided to save our party.