The All Progressive Congress, APC came to power on the mantra of change, not which long the administration of President Muhammadu Buhari will come to a close, on the 29th of May 2023. Due to a keen search for a competent replacement for PMB, someone who can consolidate on the gains of Buhari, Nigerians across board have been calling on Sen. Orji Kalu to contest, that, he is the one they believe can perform an economic miracle in Nigeria to make Nigerians feel proud of being Nigerians anywhere in the world. 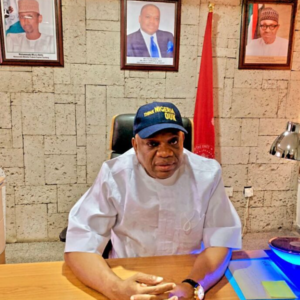 Sen. Orji an Alumni of Harvard Business School, is someone who has vast experience in economics, commerce and trade having left school at a young, started palm oil business, was transporting oil from East to Maiduguri, and fish from Baga, Borno to East to sell and make profit. God blessed him, his business expanded and he ventured into importation which has led to a big conglomerate known as SLOK Group. A global business brand that has branches in more than 20 countries of the world.

At the very young age of 27 Orji was already chairman of CCB Limited, was head Borno State water board. He became the youngest Nigerian billionaire legitimately at the age of 27. As at 1991, Orji had the largest shipping yard in Malaysia. In 1999, he became Governor of Abia State at the age of 39, the youngest Governor Nigeria has ever had in history. 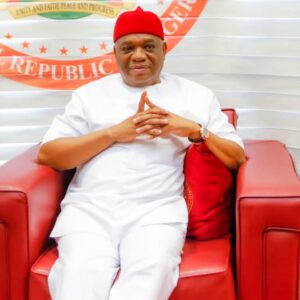 These are not mere coincidence, this is as a result of constant hard work, consistency, preparing for the future, having a vivid and clear foresight of what tomorrow will look like and courageously holding the bull by the horn.

2022 is no doubt a year of serious minded politicking when political gladiators will marshall out their plans in wooing both the party stakeholders and by extension the Nigerian electorates, which will in turn determine, who becomes the next president of Nigeria come 2023.

While Bola Ahmed TInubu popularly known as BAT or Jagaban is busy consulting, looking for how APC will hand over the ticket to him as the sole candidate to fly the party presidential ticket, a more seriously minded politician like Senator Orji Uzor, Chief Whip of the Senate is being called by well meaning Nigerians both home and abroad to run for the office of the number one citizen of Nigeria.

Tinubu hope is that, as the self acclaimed leader of APC, he has strong influence on APC stakeholders, same way he has succeeded in pocketing everyone in Lagos State imposing Governors as he so wishes, against the will of the people. Not too long, former Governor of Lagos State, Ambode was publicly humiliated by Tinubu. He was refused a second term ticket to return as Governor, because he(Ambode) refused to cede waste management business to Alpha waste management company owned by Tinubu. Just because the former governor insisted on doing the right thing, however, Jagaban felt his powers were being challenged and Ambode paid the prize, his seat was being given to another person.

Additionally, not too long, of course, we can’t forget in a jiffy how Tinubu in connivance with Oshiomole pushed out Governor Godwin Obaseki out of APC, made APC lose Edo State because of his selfish interests of imposing a candidate of their own choice who they will manipulate from the palm of their hands. It boomeranged and APC paid the prize of losing grip of a South South State.

The clamour for His Excellency Chief Dr Orji Uzor, didn’t happen by mere coincidence, it came as result of Senator Orji Uzor’s longtime investment in human capital development of various people and groups across Nigeria, right from his young days as the SUG president of University of Maiduguri, back in the days, right to when he became a House of Representatives member in 1992, from where he nursed the idea of being a Governor in 1999, Inshallah, he achieved for 8 years. While he was Governor , he was nicknamed Action Governor of Abia State, because of the tremendous transformations he accomplished in Abia State. 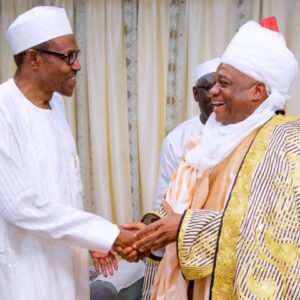 Abia Workers were promptly paid their monthly wages every 25th, which became a convention with which they could plan their lives and that of their families ahead of time. Infrastructural development wasn’t left out. Many of the roads in Abia State that are being enjoyed by Abians today, were courtesy of Orji Uzor’s pragmatic leadership qualities who saw to it that roads and bridges were built were necessary in Abia State as a whole.

While we draw close to 2023, the cry and persuasions for the Senate Chief Whip of the 9th Assembly to succeed President Muhammadu Buhari (GCFR) has become more intense across-board. Nigerians youths from Northern Nigeria, have come out en masse, publicly, to show their unequivocal and undiluted support for the former governor of Abia State. 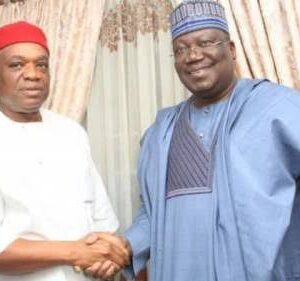 Here are some of the genuine statements made by Northern grassroots Politicians and I quote;
“OUK is coming, whether they zone it to the East, North, West and South, we are ready for him. He will defeat anybody. If he doesn’t have money to run for president, we will give money, if he has money to run, we will give him more money. He must contest for the office of the number one citizen of this country, come 2023. We are ready, nobody should provoke our anger, we want Orji Kalu to be our next president”.

Another Northern well known grassroots politician nationwide, called Alhaji Murtala Mohammed AKA 10-10 also opined and I quote;
“so many politicians from South East have approached me but, I denied their offer. My interest is Nigeria, and I believe Orji Uzor Kalu will be the solution, I will support him, even if I lose my life, that’s the truth”.

A great northern leader who wants his name to remain anonymous said and I quote;
“Let Nigeria have the president who can travel from Abuja to Maiduguri back to Sokoto and directly make an arrangement of being in Oyo, Osun and Bayelsa within an emergency assignment to address the peaceful coexistence of the country. We need a healthier president to deliver this assignment and it’s indeed a youthful exuberant OUK O’clock”.

OUK while speaking on Channels TV, said based on what people should believe, that South West have done their turn, Obasanjo has done 8 years as president, Osibanjo is doing 8 years as vice president, and no Igbo man, since independence, has become the C-in-C as the democratically elected president. He said it is always good to think of what is reasonable, what will be more saleable. He said a South West ambition, is dead on arrival, because, it’s not going to work. He said he is the most prepared candidate in Nigeria.

However, Orji Uzor made a strong point, that, the party is supreme, he will wait for APC, as a party. He stated that he is not against anyone, that he is used to ruffle fights abinitio.

He also said contesting for president is not the issue. The issue for him, is who is going to lead the country into economic miracle or economic turnaround. He stated clearly that he’s not against Tinubu, if it is zoned to South West and the party says we should go to west, the party is supreme, he is only waiting for the party , he opined.

As the curtain draws nearer and the arena becomes tense, Senator Orji Uzor is more than ready for the task ahead. We keep hope alive as we move on to the fore.