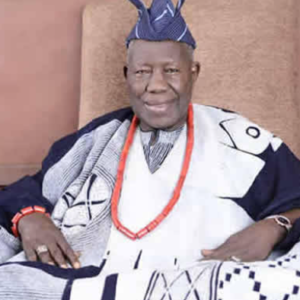 Former Governor of Abia state and Chief Whip of the Senate, Dr. Orji Kalu has described the demise of Olubadan of Ibadanland, Oba Saliu Adetunji as a huge loss to the nation.

Kalu while acknowledging the noble roles played by the late monarch in promoting peaceful co-existence among all ethnic groups in Ibadanland, stressed that Oba Adetunji lived a purposeful life dedicated to the service of humanity.
In his condolence message, Kalu conveyed his heartfelt condolences to the people of Ibadanland.

He said, ” the demise of Olubadan of Ibadanland, Oba Saliu Adetunji is a big loss to the nation.
“The late monarch was a rallying point for the people of Ibadanland.
“He contributed to nation building in various capacities.

“The late traditional ruler lived a fulfilled life and left behind good legacies for his loved ones to sustain”.
Kalu prayed to Allah to make Al- Jannah Firdaus the final abode for the late monarch and give the people of Ibadanland the fortitude to bear the loss.

Just In: Activities Of The Executive Chairman of Umunneochi LGA As At The Last Lap Of 2021.