Just In: Gov. Ugwuanyi, a good man, one of the shinning lights of PDP – Gov. Wike

Just In: Gov. Ugwuanyi, a good man, one of the shinning lights of PDP – Gov. Wike 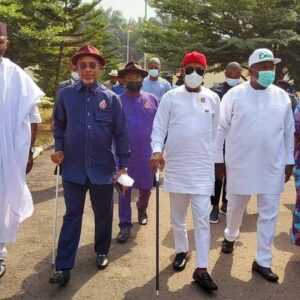 Governor Nyesom Ezenwo Wike of Rivers State has described Governor Ifeanyi Ugwuanyi of Enugu State as a good man and one of the shinning lights of the Peoples Democratic Party (PDP) in Nigeria. 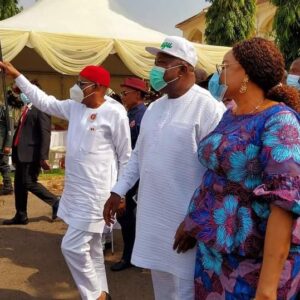 Gov. Wike also described Gov. Ugwuanyi as “a humble, gentle and God fearing leader” as well as “a very reliable brother and friend”.

The governor made the commendations when he led members of the Rivers State House of Assembly, Council Chairmen and elders of the state including a former governor of Rivers State, Sir Celestine Omehia to pay a fraternal visit to Gov. Ugwuanyi at his country home in Ohom Orba, Udenu Local Government Area of Enugu State, in the spirit of the New Year festivities. 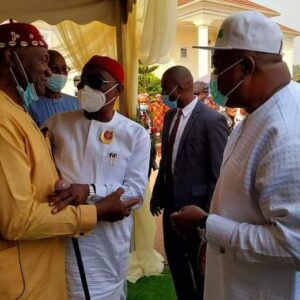 According to Gov. Wike, “This man (Ugwuanyi) you are seeing here, he is very quiet, very humble but he knows what to do at any point in time.

“Gov. Ugwuanyi is not a noise maker, he does not shout like me; he is very humble, he takes everything gently. He is a God fearing man”. 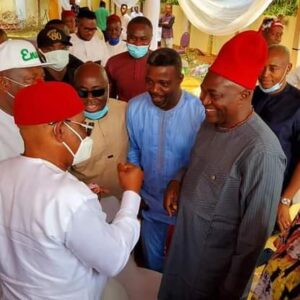 Conveying the fraternal greetings of the Government and people of Rivers State to the people of Enugu State, Gov. Wike, who disclosed that he was amazed by the array of leaders of Enugu State that came to receive him, stressed that Gov. Ugwuanyi deserves his commendations. 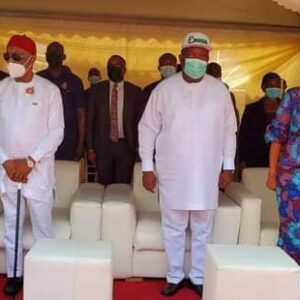 His words: “I am not a sycophant and I will not be a sycophant. I am not here to eulogize anybody who is not supposed to be eulogized. 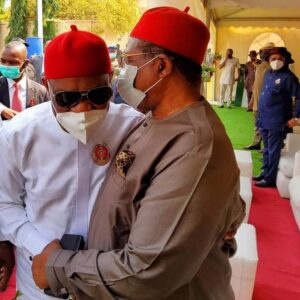 “This man (Ugwuanyi) you are seeing here, he is very quiet, very humble but he knows what to do at any point in time. Gov. Ugwuanyi is not a noise maker, he does not shout like me, he is very humble, he takes everything gently. He is a God fearing man. 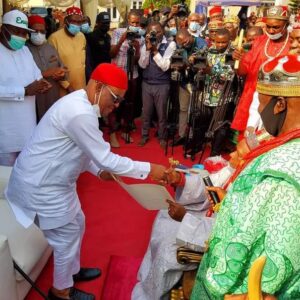 “I called my brother (Ugwuanyi) and I told him that I am coming to see him. That one of the governors I must see before we start work for the New Year, starting from tomorrow (Tuesday) must be Governor of Enugu State. 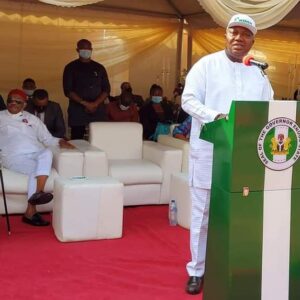 “I have not danced in any of the states I have gone to but I have to dance here. This man is a good man; a good man in all ramifications”.

Describing Gov. Ugwuanyi as one of the shinning lights of the PDP, Gov. Wike thanked him for his support and the brotherhood both of them share together, and urged him to remain focused, courageous and strong in supporting the Party. 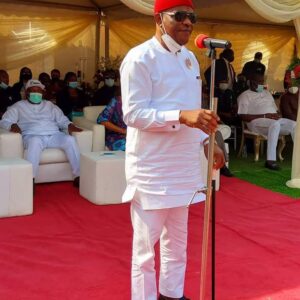 Gov. Wike, who was conferred with the Chieftaincy title of “Agu n’ eche ibe of Enugu State” by the Enugu State Traditional Rulers Council in recognition of his sterling leadership qualities, enjoined the people and leaders of Enugu State to continue to rally round Gov. Ugwuanyi in his pursuit of peace and good governance.

Welcoming Gov. Wike to his country home, Gov. Ugwuanyi, who described him as “the Seven Star Governor of Rivers State”, said that the Rivers State Governor has distinguished himself as a visionary, bold and audacious leader, adding: “You have inspired trust and confidence in our democracy; you have been a defender of the defenseless; and you have continued to glorify God with the instrumentality of your office”. 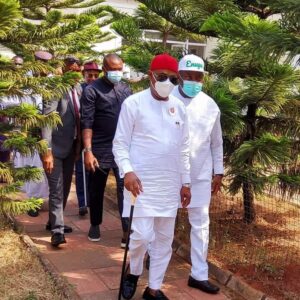 Gov. Ugwuanyi told Gov. Wike that “we are proud of your accomplishments as Governor of Rivers State, elected on the platform of our great Party”.

According to Gov. Ugwuanyi, “This fraternal visit signposts the deepening of the fellowship between the Government and good people of the Treasure Base of the Nation and the Coal City states.

“I am glad that Enugu State Traditional Rulers Council under the leadership of her Chairman, His Royal Majesty, Ambassador Lawrence Agubuzu deemed it fit to confer on you the revered title of ‘Agu n’ eche ibe of Enugu State’ as a testament to this camaraderie and your sterling leadership qualities as well as a memento of this auspicious visit”.