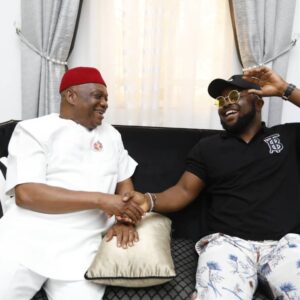 Dr. Ifeanyi prominently known for his philanthropy under his Ebele & Anyichucks foundation welcomed the Senate Chief Whip and his enrouage to his palatial residence shortly after his arrival at exactly 5:15pm. 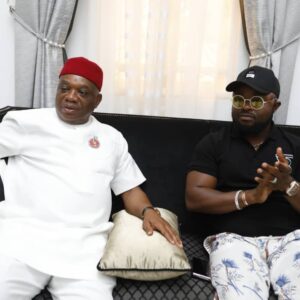 The duo later proceeded for  light reception, Kalu’s visit to Dr Ifeanyi’s residence was in celebration of the annual hosting of women in the rural communities organised by Dr. Ifeanyi.

Senator Orji Kalu who was the special guest of honour as greeted to a rousing welcome as he arrived the venue.

Just In: Gov. Ugwuanyi, a good man, one of the shinning lights of PDP - Gov. Wike