A Nation that looks towards the future may hold multiple vision at its gaze. Visions that encompass the past and a rapidly changing present of course as much as the future itself.
A Nation of over 250 million people cannot afford to sit-by and watch the insecurity, Boko Haram, Bandit and the burgeoning economies of many countries who are by far less endowed.
A Nation of our size and resources must choose new breed President with new ideas to face the many challenges of the next millennium. This is the reason why former president IBB made the historic remarks and task Nigerians to focus on the new mission and vision to choose for new breed president of 60 years or about to become our next President in 2023.
He prays the election in 2023 will be praise by all including even the international observers, as among the freest and fairest for which we are all proud of, and pockets of violence, insecurity which have continued to occur in some of our townships and highways will not henceforth be tolerated. Government will use all its resources to bring the culprits of this unacceptable antisocial behaviour to book.
As Muslims, our Prophet has taught us to respect constituted authority as testified by the following saying of the Prophet:
. “Obedience to an authority which is properly constituted and which acts according to the rules of law is a constant ideal”.
In any political contest there is bound to be a winner and a loser for Allah says in Surah Al-Imran and I quote:
: Oh, Allah Lord of power (and rule) you givest power to whom thou pleasest, and thou stripped of power from whom you pleasest. Thou entrust with honour whom you pleasest; and thou bringest low whom you pleasest: thy hand is all good. Verily over all things thou hast power.”
Going by the teachings of this Ayat, it is the Almighty Allah that gives power and authority to whom He pleases. Our election to all position of responsibility should therefore be seen as the will of Allah.All should take this verdict as predestined and preordained. We must therefore not be enemies, but friends. Though passion may have strained, it must not break our bonds of affection, after all we are all, in one way or the other aiming to advance the collective interest and welfare of all Nigerians.
OUK: he wants to consolidate the Buhari legacy. 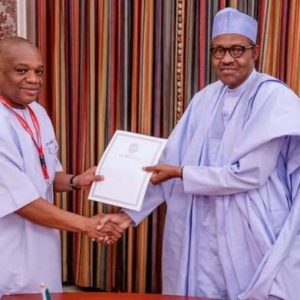 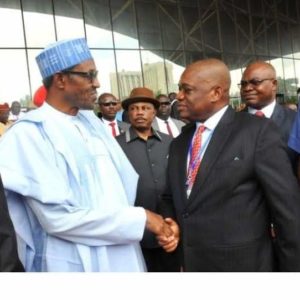 Dr. Orji Uzor Kalu’s presidential campaign was alive and kicking well before he formally declared his intention to run for the post in November 2022.His supporters put a powerful campaign organisation in place and set out to build national awareness several months before he began a national tour to inform important figures of his intention. When the campaign begins, he would have a World Press Conference in Abuja, which he set out his mission and vision and action agenda anchored on the principle of ‘putting Nigeria and Nigerians first” through a programme for rapid development of the country and improving the quality of life of all.
OUK: MISSION-His mission is to steward the building of a truly united Nigerian nation through providing the requisite leadership by action, example and sacrifice. His policy focus shall be the welfare and wellbeing of the Nigerian citizen, improvement in his standard of living,security,protection of rights, freedoms and putting the people first”. “Bridge to the new Millennium” is the address OUK is to delivered to Nigerians during the world press conference.to discuss his ambition and electoral prospects.