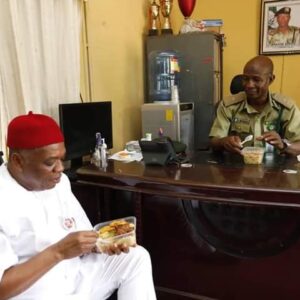 As part of my covenant with God to encourage and support the mental wellbeing of those in detention, I have been visiting and spending time with them and today is one of those days.

Since I became an adult and as long as I can remember, there have been two occasions I wept and couldn’t hold back. The first was the day Igbos were deported from Lagos to Onitsha. After my reaction to the unceremonious event, I questioned the humanity in this country and the embarrassment attached. I never foresaw that such could ever happen in my lifetime. 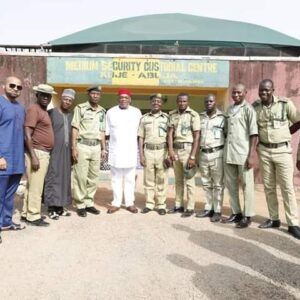 The second was when I was at the Nigerian Correctional Service Medial Security Custodial Centre, Kuje, Abuja. Somehow, one young man (names withheld) approached me and sought for audience which I granted. He told me a pathetic story of how he found himself in the prison. He is the only child of his parents and his father was also imprisoned. That night, I prayed and thanked God for encountering him. I didn’t need anyone to tell me it was a set up for his family. After my intervention by engaging the services of a lawyer, himself and his father were freed. May God bless him. 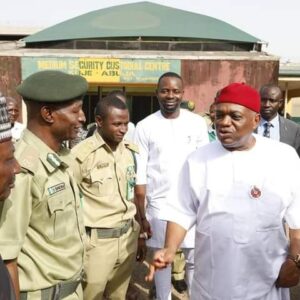 With God’s grace , I was able to secure the release of not less than 100 inmates who were in detention because they couldn’t afford a lawyer or bail. My stay in Kuje actually gave me an opportunity to see the deepest and lowest ebb of the downtrodden. While many in detention are guilty of one crime or the other, there are several others who are languishing in detention because they could not fulfil the requirements of the law to be freed. They just needed little intervention and I am grateful to God for using me. However, I also noticed there are a few who do not want to leave the prison. For reasons best known to them , they feel much more comfortable spending their entire lives in prison . It’s a deep world . 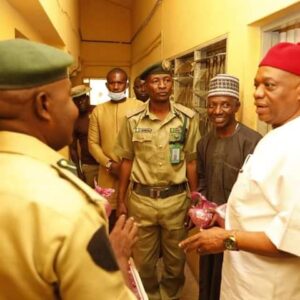 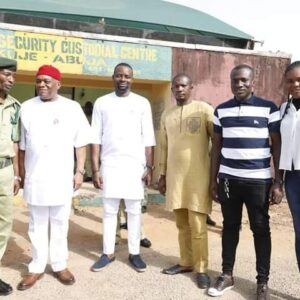 By 2022, we will commence the building of a new cell to decongest the already congested prison.

I also thank the head of the the Nigerian Correctional Service Medial Security Custodial Centre, Kuje, Abuja, and staff for their selflessness and generosity in discharging their duties.

Wishing everyone merry Christmas in advance! 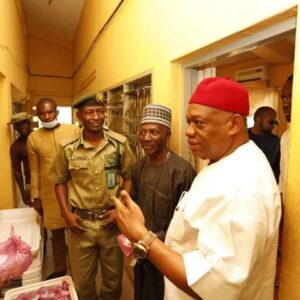 Just In: Many People Are Mistaking Orji Uzor Kalu For His Successor T. A Orji- Ibe Ugochukwu