The calls from Ohaneze and ndi Igbo for all political parties to cede the presidency to the South-East for equity and fair play has received a boost by a chieftain of the All Progressives Congress from the North-East.

According to the stakeholder, all regions of the country have, at one point produced a President or Vice President except the southeast; as such, for the unity and sustainability of democracy in Nigeria, the Igbos deserve the right to produce the next president in the next general elections.

This viewpoint was expressed on Tuesday in a press statement by Ibrahim Gwoza who is contesting for the national chairmanship position of the APC at next year’s national convention of the ruling party scheduled to hold in February 2022.

Ibrahim Gwoza said if elected the National Chairman of the ruling party, he will ensure the realisation of the aspirations of Ohaneze to produce the president in 2023.

“There is the need for us to look deeply inwards to support the rotation of presidency to the East for the following reasons:

“We had a Yoruba President who governed this country for eight years; The Hausa too did their tenure for almost ten years, two years of Yar’Adua and the eight years of Buhari that will be elapsing in May 2023.

“An Ijaw man from the South-South also did govern the country for six years. Therefore it is imperative to note that the time for Igbos to govern this country is now,” Ibrahim Gwoza noted.

He stated further that the Igbos have been a major contributing factor to the Nigerian economy as can be witnessed in their significant contribution to Internally Generating Revenues of states like Kano, Lagos, and the FCT, as such, when given the chance, they could turn the dwindling economic situation of the country around.

“The Igbos are industrious and they have the capacity to rebuild our economy that has been bastardized by years of misrule. They have contributed to the development of the country through the building of industries and companies thereby providing employment to our teeming youths.

“It is time we give them the chance, and I assure you that their presidency would further revamp the economy.

“Since our slogan is always in the belief of one Nigeria then Igbos should be given the opportunity to govern Nigeria and it has to be now,” he concluded. 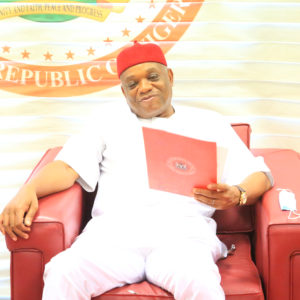 OUK, The Joseph Of The East: The Misunderstood Dogged, Focused And Compatriot.