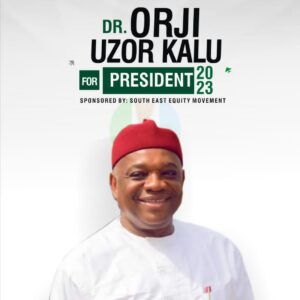 Despite sustained disapproval and denials from his team, the posters of former Abia State governor, Orji Uzor Kalu for the next presidential race have again resurfaced in some major cities of the country.

According to our correspondence, the posters have since flooded prominent areas including Katsina, Gasau, Owerri, Enugu, Kano, Maiduguri,  Lagos and others. 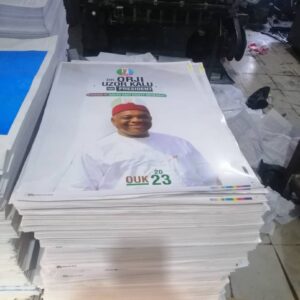 The Chief Whip of the Senate has consistently denied involvement in the posters which had surfaced in almost all States of the federation,  aimed at promoting his aspiration for the next presidential ticket.

Kalu has maintained that  he wants to return back to the Senate in 2023 as the representative of Abia North Senatorial District. 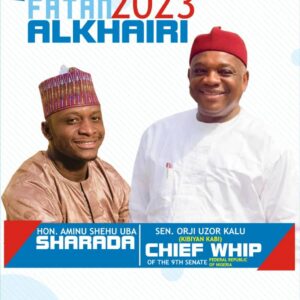 “AREWA YOUTHS IN THE 19 NORTHERN STATES ARE BACKING OUK.

The flooding of the posters across the nation’s major cities is coming few days after a group known as South East for Orji Uzor Kalu revealed that they were unveiling their offices in 34 states of the federation. 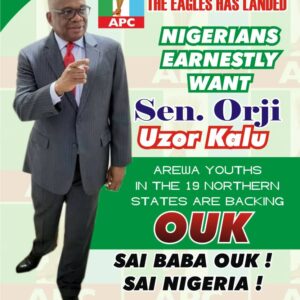 The  Coordinator of the group, Pastor Ejike Nwachukwu made this known in Enugu on Thursday while inaugurating Directors of the South-East State, stating that the group has acquired offices in about 34 states of the federation.

According to the Anambra born Cleric and philanthropist, “there are silent majority of followers at the grassroots, hence, he charged the members to go and inaugurate the Local Government teams immediately and deepen activities of the group at the grassroots across the nation.”

He said the search for a credible and competent leader was imperative to help the ruling All Progressives Congress, APC, retain power in 2023.

“In our search for a credible leader to consolidate and improve on the enormous gains of the Buhari administration in the next dispensation, we have painstaking and consciously undertaken to observe, study and critically analyse the challenges confronting the nation, as well as our immense potentials and strength. It is only tactful leader like Senator Orji Kalu, who is the Chief Whip of the Senate that can consolidate on those gains. 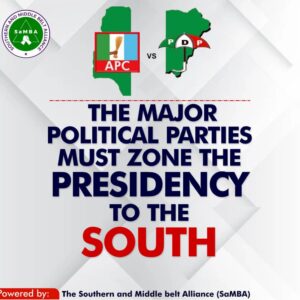 “We are therefore appealing to the ruling All Progressives Congress, APC, to pick Senator Orji Uzor Kalu as its sole candidate in 2023. His candidacy would bring healing to the nation and to the Igbo race. 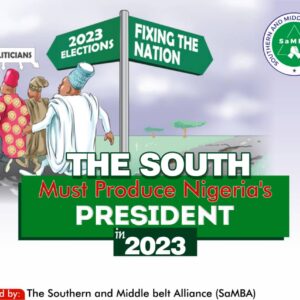 “Leaders of the All Progressives Congress, APC, are enjoined to support Senator Orji Uzor Kalu, while those with presidential ambition are encouraged to step down for him, join hands with him to move the nation forward . We have hundreds of Billionaires in Anambra state who are ready to sponsor whatever it takes to make Kalu President  They are ready and just waiting on Kalu to make his declaration.” He said 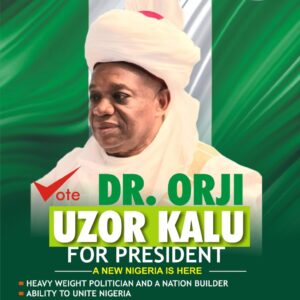