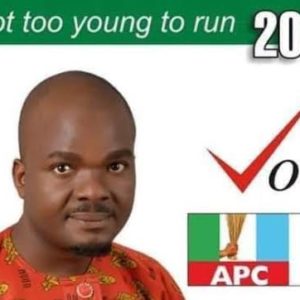 Many stakeholders of Abia State All Progressive Congress have described Okey Ezeala as a psychopath, that he should stop making caricature of himself by using an opportunity and the senseless write-up filled with fallacies and hate to make himself relevant.

Truly His Excellency, Chief, Dr. Senator Orji Uzor Kalu (MON) is not leaving the party for anyone. 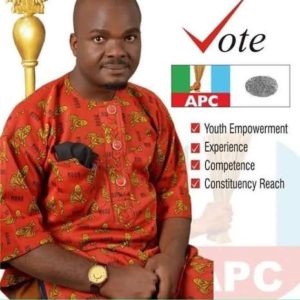 I sincerely have never wanted to join issues with the so called Ezeala Okey, the self acclaimed state APC publicity secretary but for clarity sake.
Ezeala Okey is a non-entity and can not add any value to any party. He takes delight in an unyielding internal opposition both in his family and otherwise. No wonder he is married to three wives. He is too controversial for my liking.

Let him be aware that he and his pay master can never be a match to SENATOR ORJI UZOR KALU, even in the party APC or else where.
Riffraff who have never won any election even common community leadership would want to challenge the Distinguished Senator, FRN, Senator Orji Uzor Kalu (MON), the Chief Whip of 9th Assembly.

If per chance, OUK wants to leave APC, that will mark the end of the party in Abia State, because non of them have electoral value. That is why chief Ike Emenike will always present himself during election and will fail many time he does that.

Anyway, for the public interest, His Excellency, Chief, Dr. Orji Uzor Kalu, mmiri nyiri enyi 1 OF Igboland, has no plans to leave the party. He is too busy to deliver the dividends of democracy to the people of Abia North.

The opposition party PDP and few individuals are using Okey Ezeala APC faction to attempt to destabilize the state so that they (PDP) will win Abia State because their faction are easy to crack faction.
I therefore, ask our loyal party members to stand firm, keep hope in God and keep hope alive and do not allow the evil ones to distract them.Thank you.