There was mild drama on Sunday at Bwari Area council of Abuja as a Teenager car washer got himself into serious problem after crashing a client’s car while attempting to drive it for washing.

Local reports revealed that the owner left the car a Toyota Camry Model in custody of nearby Vulcanizer to fix his tyres followed by washing,while he and his family attends Sunday Mass at a nearby Catholic church.

By the time the Vulcanizer had concluded his job, the teenage car washer collected the car keys to drive it to his car wash stand which was close by. 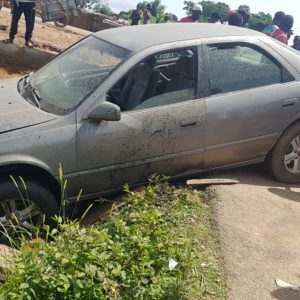 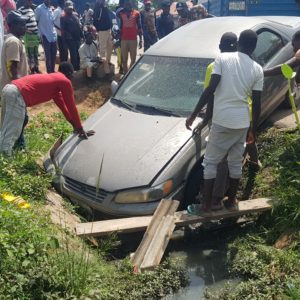 In his attempt to reverse the car the teenager who was obviously a learner initially crashed the bonnet to road pavement afterwhich he drove the vehicle straight  into a deep drainage.

The incident left the car bumpers, bonnet, beams and headlamp  terribly damaged. A large crowd gathered to assist the apparently distraught teen while others chastised him for driving a car knowing he is learner. 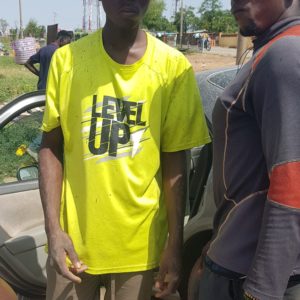 Various means were deployed to pull the already badly damaged vehicle out of the ditch , the sum of three thousand was also demanded by a towing vehicle to do the job, but the teen pleaded that he had no money.

As at the time of filing this report the owner of the Vehicle was yet to return from church. 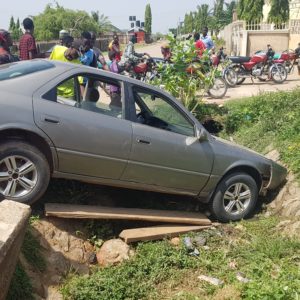 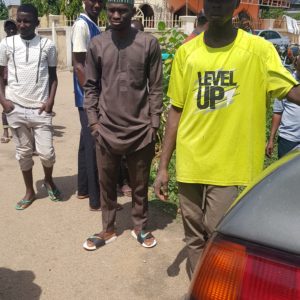