The lawmaker is also providing boreholes to enable his constituents have access to potable water. 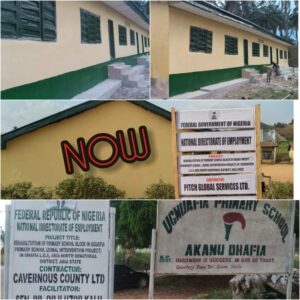 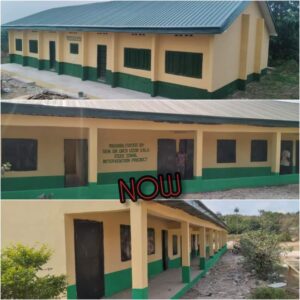 The lawmaker who is also the Chief Whip of the Senate, said he was committed to delivering more democratic dividends to his constituents.

He insisted that investment in education should be a priority project of any good government.

Our correspondent reports that some of the schools include Aggrey Primary School Ibom in Arochukwu LGA, Eziama Central School, Nneato in Umunneochi LGA, Ahaba Imenyi Community School in Bende LGA and Ugwuafia Primary School Akanu Ohafia among others.

Reacting to Senator Kalu’s giant strides in the education sector, Glory Oty, a constituent from Umunneochi LGA said: “Dr Orji Uzor Kalu has always been a true and compassionate leader who loves and values education. When he was a state governor, because of his love for education, OUK drastically subsidized school fees to N35,000 for students in Abia State University. He was passionate about enabling schools to become better places for students to learn and for teachers to work. He arithmetically increased subventions to the Abia State University, Uturu, Abia State Polytechnic, Aba, and the College of Education (Technical), Arochukwu.

“The same could be said of infrastructure and other facilities that enhanced cognitive capacity in the citadels of learning. The rehabilitation of primary and secondary schools by his administration shows him as a transformational leader and change agent who had great dreams of what public education could be. It is also pertinent to state here that all through tenures of Dr. Kalu as executive governor, there was no single industrial action by workers in the state because of the harmony that existed between the workers and government (OUK).

” The only time workers embarked on strike was when the Academic Staff Union of Universities (ASUU) embarked on a national strike. Academic activities were never interrupted in any of the tertiary institutions in our state throughout the duration of our government, making the students to graduate when they should. All these were made possible because Orji Uzor Kalu went to Abia State University and negotiated a deal with the state’s chapter of Academic Staff Union of Universities (ASUU) and they told him they would join their colleagues to commence the action and would back out after two days. And they kept to their words. This is exactly why he told the present Federa Government to keep the agreement they had with ASSU so as to call off the srike for the sake of Nigrian students.

“Do you also know that Orji Uzor Kalu (OUK), the philanthropist, owns a foundation that provided and still provides scholarships for undergraduates? Till date, I mean as I am talking to you, Dr. Kalu still gives scholarship to many students. I can categorically say that there are many people under education scholarship from Orji Uzor kalu Foundation from primary education to the university level. 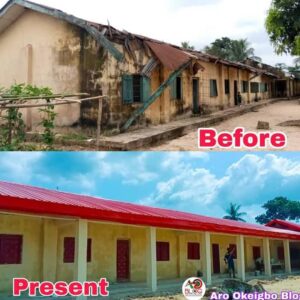 “This is what OUK did in education as a governor which made him stood out among the Southeast governors in his time.”