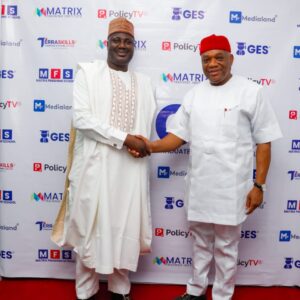 Chief Whip of the Senate , Senator Orji Uzor Kalu has said that the lack of properly trained graduates who don’t possess the requisite skills to secure jobs in the competitive labour market is one of major factors fueling the high unemployment rate in the country.

Kalu, also urged Nigerians not to blame President Muhammadu Buhari nor the national assembly over the high unemployment rate, stating that many graduates are not groomed properly.

Speaking at the commencement of the Graduate Skills Training (GST) programme of an Abuja based tech company, TerraSkills, Kalu said some tertiary institution lecturers were not properly informed with the current needs of the Labour Market which has also contributed to the churning out of unproductive graduates.

“We should not blame President Muhammadu Buhari nor the national assembly over the high rate of unemployment in the country which is causing insecurity. I’ve been a governor so I know what I am talking about.

“Most of our graduates are not properly trained for the jobs. That’s why there is insecurity. Everything is not on Buhari or the national assembly. It is because most people are not groomed properly for leadership. 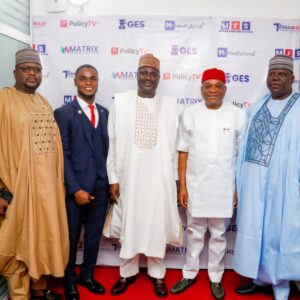 “Going to the university is not enough because most of these lecturers don’t even know what they are teaching you. I became an entrepreneur before I went into politics and I am still the chief adviser of my companies that employ over 13,000 people so I know what I am talking about, ” Kalu said.

While advising the participants of the TerraSkills graduate skills training, Kalu said most people in many companies are not well trained.

“Training is the key,” Kalu said, adding that, “No human being is perfect. Government is not perfect, the private sector cannot be perfect. What you should do is to take the good and throw away the bad.

“No knowledge is a waste. Even now, I want to leave the comfort of my office and go to the National Institute for Legislative and Democratic Studies (NILDS) and study. I won’t mind being a student with you here at TerraSkills because studies are important,” Kalu stated, adding that most of his factories are in Lagos but now want to establish 150,000 tons of rice mill in his village.

Senate Deputy Chief Whip, Sabi Abdullahi, who is also the founder of TerraSkills, said it took them three years of research to come up with the graduate skills training programme.

“This is not about making money, but about developing human capital. Many graduates don’t have the skills. I’ve told the staff that anyone that is not trainable, after two weeks, his money should be refunded because he or she doesn’t have a place here.

“The essence is to improve the productivity of companies in Nigeria. We also want to help reduce the number of graduates without jobs in the country. We will continue to equip the graduates with the necessary skills to fit in the job environment.

Also speaking, the representative of the Director General (DG) of the Industrial Training Fund (ITF), Aminu Mohammed, said TarraSkills is replicating what they are doing at the ITF adding that they will ensure they continue to make Nigerian youths employable. 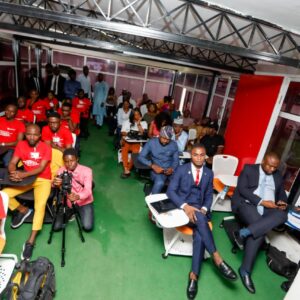 ENCYCLOPEDIA: THE UNKNOWN STORY OF OUK, ABIA AND ABIANS!!