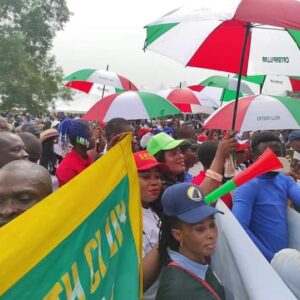 There is a major crack in the Peoples Democratic Party (PDP) in Ohafia North State Constituency ahead of the 2023 general elections, as stakeholders of the party under the auspices of Concerned Abiriba PDP Members, have accused the Abia State Secretary of the party, Barr. David Iro of working against the party.

The group in a statement on Thursday evening titled “The Clandestine Activities of Barr. Iro Against The Ohafia North” and signed by Ogwo Agbai and Ndubuisi Ndukwo said: “We write to draw the attention of the leadership of Abia State Chapter of People’s Democratic Party, to the inordinate, clannish, selfish political ambition and reckless activities of the party’s state secretary, Barr David Iro against the PDP Candidate for Ohafia North State Constituency that has brought a series of internal crises to our great party which as you know could lead to the departure of aggrieved members in Ohafia North State Constituency.

“We have it on good record with evidences that Barr David Iro is working closely with the NNPP candidate from his Nkporo community for Ohafia North State Constituency and have the clearance and backing to work for the said candidacy to the detriment of the Party’s candidate for Ohafia North State Constituency, Hon. Mandela Obasi. Barr Iro has been making calls, sending messages and having meetings beyond party affiliations with state holders in the costituency in order to adopt and sell the candidature of the said NNPP candidate.

“It is also pertinent to note Mr. Chairman, that Iro is not on this alone as he is being seen with so many of the major stakeholders of PDP from Nkporo visiting so many other leaders from other zones especially our Abiriba just to convince them to forget about their own son who is the PDP candidate for Ohafia North State Constituency, and one will wonder the kind of human being they are. Mr. Chairman, it is very clear that if the PDP must rebuild and regain the trust and confidence of its members in this Constituency, and Abia at large, the Party cannot continue to be ignorance of the antics of the state secretary. The chairman and members of SWC should call him to order.”

Our correspondent could not reach Barr. David Iro to react on the allegations against him by the group as his phone numbers were reachable. 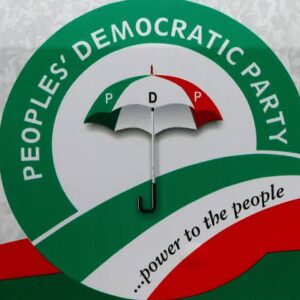