Abia North: We made the right choice in Senator Orji Kalu – Nneato Community

Abia North: We made the right choice in Senator Orji Kalu – Nneato Community 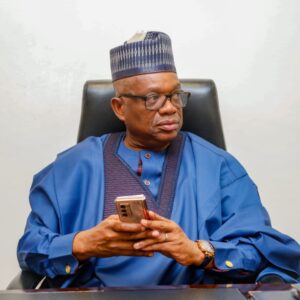 The choice of Orji Uzor Kalu as senator representing Abia North senatorial district has been described as the best decision taken by constituents of the zone in the 2019 general election.

The constituents in Umunneochi Local Government made the declaration during the mid-term constituency report tour organised by the Chief Whip of the Senate to meet and interact with electorates in all the wards in the five local government areas of Abia North.

Kalu said the exercise is to ascertain the impact of his leadership in terms of human resources empowerment and infrastructural projects on his constituents and to also receive direct feedback on other challenges faced by them.

In Nneato ward, he was warmly received and hosted by community stakeholders made up of traditional rulers, community president generals and executives, youths and elderly women and men.

In the course of interaction with Kalu, the elated constituents testified to the various projects and empowerment sited in their communities as highlighted by the senator, while also expressing their gratitude, adding that their decision to vote Kalu have paid off.

Ezeugbo Uwabunkeonye, who represented the president general of Nneato community, commended Kalu for the construction of a two-kilometre road at Ubahu community.

He also mentioned the installation of a motorised water borehole at Ezeoba, reconstruction and the furnishing of Eziama central school with chairs and tables as well as distribution of books, textbooks and school bags to pupils of both primary and secondary schools.

Ezeugbo thanked Kalu for the construction of the roads leading to Achara and Aro-Ipka and the two-kilometre Ubahu community road.