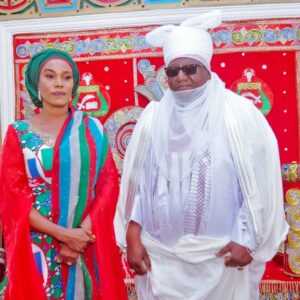 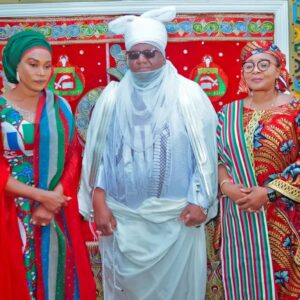 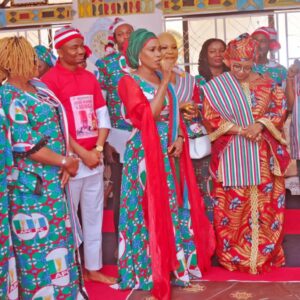 The town hall meeting was preceded by a courtesy call on His Royal Majesty, Alhaji Dr. Shehu Chindo Yamusa III, the Emir of Keffi at his Palace. The entourage was led by a distinguished personality, Hon. Imaan Suleiman, former Director General of NAPTIP and presently Federal Commissioner, Refugees, Migrants and Internally Displaced Persons and Patron, Igbo Kwenu 4 Asiwaju/Shettima for North Central Zone. The team was warmly received by the Emir who acknowledged Hon. Imaan Suleiman as his daughter and Princess of the Palace and welcomed the founder of Omaluegwuoku, Hon. Mrs. Ginika Tor and her team to his palace. He gave his royal blessings to everyone present and the Igbo Kwenu 4 Asiwaju project and wished the team success in their efforts to promote their candidate. 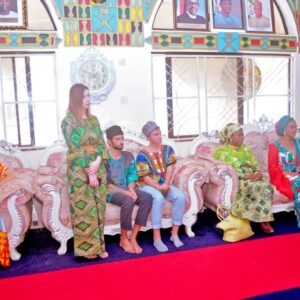 After the courtesy call on the Emir of Keffi in his palace and obtaining his royal blessings the team moved to the venue of the town hall meeting to meet with Igbo groups and APC supporters of Igbo extraction who live in some cities such as Lafia, Akwanga, Keffi, Nasarawa Eggon, Kuchikau all within Nassarawa State but had come down to Keffi for the program. At the venue there were over 500 persons who were anxiously waiting for the OPI team from Abuja. 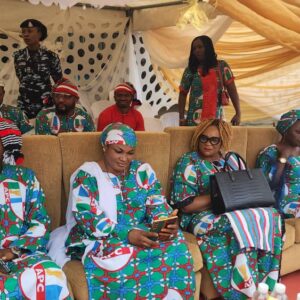 The President of Omaluegwuoku Progressive Initiative and Chief Convener of the Igbo Kwenu 4 Asiwaju project, Amb. Mrs. Ginika Tor informed all present that the Zonal tours have been hectic but extremely fruitful, she said “because after every town hall meeting we usually obtain the contacts of all the Igbos in attendance and add them to an existing whatsapp platform where they are free to interact and discuss the way forward and based on the feedback, these people who were previously aloof became convinced and excited especially as the leaders of Igbo Kwenu 4 Asiwaju have maintained consistency in driving the message home about Asiwaju/Shettima presidential project”. Mrs. Tor appreciated Hon. Imaan Suleiman, Federal Commissioner, for her support towards Lagos and Keffi outings. She rounded up her speech by telling the Igbos why it is extremely crucial to vote Asiwaju as the next President of Nigeria. According to her, “Asiwaju represents the bridge to a better life and inclusion of Igbos in his government is certain, given his antecedents and pedigree while he was the Governor of Lagos State”. 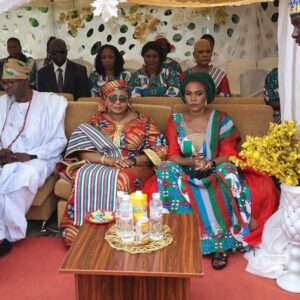 Hon. Imaan Suleiman on her part affirmed that the Igbos are her brothers and sisters and reminded them that they had lived together peacefully as one family and she will not deceive them. She further informed them that the reason why she chose Asiwaju is because Asiwaju knows how to create wealth and prosperity which is the desire of everyone.

The Convener of Asiwaju Ahmed Tinubu Support Group AATSG, encouraged the Igbos to listen to their sister, Amb. Ginika Tor and support Asiwaju/Shettima. He told the Igbos to calculate what is on ground, put emotions away and vote for Asiwaju because he will make Nigerians proud.

In the same vain, a Lagos State House of Assembly Member, Hon. Jude Emeka Idimogu, who is an Igbo man and the Co-Deputy National Coordinator of Igbo Kwenu 4 Asiwaju in his remarks informed the Igbos of the massive support Asiwaju afforded the Igbos in Lagos, and described Asiwaju Tinubu as a detribalized Nigerian and a vote for him is a vote for a sustainable Nigeria.

The State Chairman of APC, Nassarawa State, appreciated the Hon. Federal Commissioner, Hon. Imaan Suleiman and commended the Omaluegwuoku team led by Hon. Mrs. Ginika Tor for their unflinching efforts towards ensuring victory for the APC Presidential candidate as well as encouraged the Igbos to vote wisely this time by voting for Asiwaju.

His Royal Highness, Humphrey Obidile, Eze Ndi Igbo in Keffi who gave the closing remarks thanked Hon. Imaan Suleiman for the opportunity given to him and his Igbo people in Nassarawa State to partake in the goodnews of Asiwaju and pledged his support and that of Igbos in Nasarawa State to work for the victory of Asiwaju/Shettima in 2023 presidential election.

A renowned comedian Lukuman Oni popularly called Amb. Wahala thrilled the audience and made the occasion a fun-filled one. Kemi of Citizen FM Radio who was the MC at the event gave the concluding remarks to bring the town hall meeting to a successful close. 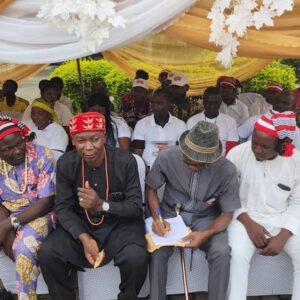