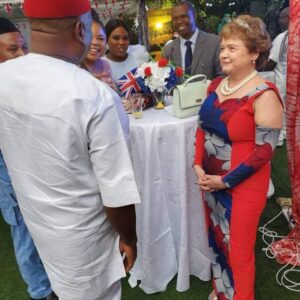 In celebration of the Platinum jubilee of Her Majesty Queen Elizabeth II, Senator Orji Uzor Kalu, Chief Whip of the Senate was in attendance with other dignitaries like His Excellency former President Goodluck Jonathan, Abdullahi Adamu, APC National Chairman, Pauline, Minister of Women Affairs and so many other top diplomats and senior captains of industries.

It was a nice evening where the ambience was cool for exchange of pleasantries.

Recall that Britain colonized Nigeria and she got her independence in 1960. Since then the relationship between the two commonwealth countries has been cordial

In a short expression of happiness via his Facebook page, Dr. Orji Uzor wrote,

“On the request of the British High Commissioner, Ms Catriona Laing, CB, I joined other Nigerians and Foreign Missions to celebrate Her Majesty Queen Elizabeth II’s Platinum Jubilee”. 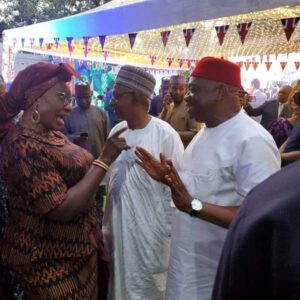 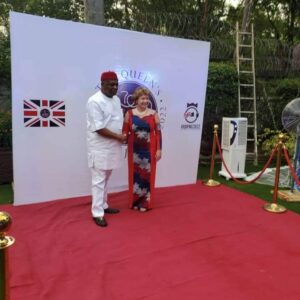 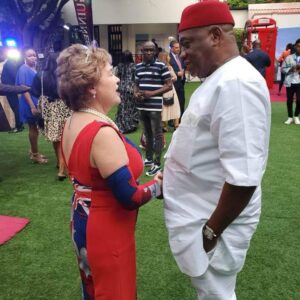