2023 Presidency: I see hope in you, we are with you, Governor Hope Uzodimma tells Lawan

2023 Presidency: I see hope in you, we are with you, Governor Hope Uzodimma tells Lawan 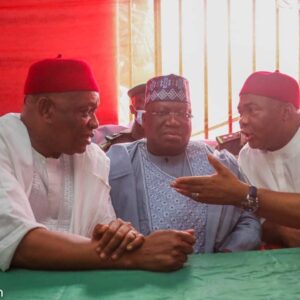 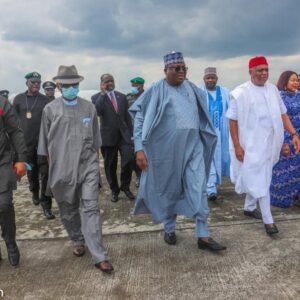 The Governor of Imo State, Senator Hope Uzodimma told the Senate President, Ahmad Lawan on Tuesday that he saw hope in him.

Governor Uzodimma made the remarks after Lawan addressed the All Progressives Congress(APC) leaders and delegates from the five Southeast states of Imo, Anambra, Abia, Ebonyi and Enugu who converged at the party Secretariat in Owerri.

Also in attendance were the Southeast zonal leaders of the party.

Uzodimma said it was clear that President Muhammadu Buhari would have to give recommendations and guidance on the succession plans but prayed that the President would see what some of them had seen.

Governor Uzodimma said: “The party is aware that it is only our President, President Muhammadu Buhari who understands the demorgraphy and the character of the current national politics vis-a-vis the insecurity, economy and the public welfare and the party will also be guided by his recommendations in managing the succession plans.

“These delegates are still here. They have cried for a very long time against not given sufficient recognition and relevance to the people of Southeast.

“That is why I’m almost certain that they will not be influenced by money nor by any material influence. They will do that which will attract to our people the relevance and recognition nationally that we have been looking for, for a very long time.

“I have listened to you. Very brilliant ideology. I have also seen that you are highly detribalised and nationalistic. I think, in you, I can see hope.

“Therefore, I will recommend very highly that Mr President in his wisdom, guided by the spirit of God, will also see what some of us have seen.

“One assurance that you should take home is that, Northeast and Southeast are related by blood. Getting no-objection certificate from Mr President, we will not be stopped by anybody.

“So when you go home, greet our brothers and sisters. Before you came, our own brother, the Governor of Ebonyi came to address the delegates.

“And in doing so, he also recognised copiously the relationship between Northeast and Southeast to the extent that he even re-echoed that the two geo-political zones are the most marginalised in Nigeria.

“You are completely loyal to the leadership of our great Party, APC, under the command of President Muhammadu Buhari and I’m almost certain that our decision may likely be guided by his recommendations and counsel.”

Earlier, Lawan who described Uzodimma as the “Lion of the Southeast” said he had been a “major pillar in all my political journey since we started.

“He was at the forefront in 2015, you know he was a Senator, he wanted me to be Senate President. He worked so hard tirelessly.

“But today, to the Glory of God, this our brother, the Governor of Imo state, has worked so hard to also keep this campaign going. Actually, he presented my completed nomination form.”

The Senate President outlined his plans to the delegates if given the chance to fly the flag of his party the APC and if elected as President:

“For me, it is security first. Because you need to secure the people. Even for them to go to their farms or to go to their markets or to go about their local businesses, they need to be secured.

“This is a challenge that this administration has been working so hard to ensure that every citizen is secured.

“I am coming from the Northeast. Coming from Yobe State. We were under the domination of Boko Haram between 2014 and 2015, before President Muhammadu Buhari took office.

“Today we are far safer. Most of the insurgents are coming out to surrender with their families. Their leaders have been killed.

“Of course, before President Muhammadu Buhari took over, about 15 or 16 of our Local Governments in Borno, Yobe and Adamawa were under the full control of Boko Haram. But we still have challenges.

“That is a success story for our administration. That is the kind of story we want repeated in all parts of Nigeria. We are battling so hard in the Northwest and some parts of the Northcentral with the bandits and kidnappers and of course in the south particularly the Southeast which is a recent development.

“And therefore, we must never allow our past history, history told by colonialists….we are the same people because whether you are coming from the North or From the South or the East or the West, you are a Nigerian.

“And as a Nigerian, you will pray and work that every Nigerian in every part of Nigeria succeeds and be in peace because what happens here in Owerri affects me in Yobe and what happens in Yobe affects you here.

“So I believe that given the opportunity, and we are already doing something, we must have a national integration policy. National cohesion.

“What does that mean? It is for us to ensure that there is fairness and access to social, economic and political opportunities. This is one way to go because most of the time, the crisis, the conflict is about the resource distribution, opportunity that is available to everyone.

“But I believe that we must continue to work for national integration to give everyone a sense of belonging. If you are a business man you should excel in any part of Nigeria you chose to be.

“Secondly, having secured our nation, we must continue to work for the improvement in our economy. Our economy is already the largest in Africa and that is a feat. We have been able to succeed to maintain the number one position despite two years of COVID 19 that we suffered.

“One thing is that we need to improve to make this economy more productive and more inclusive. That is to say that those at the highest level should not enjoy at the expense of those at the lowest part of the ladder.

“But what we need to do is to ensure that in areas like the Southeast, where majority of people are business oriented, the Small and Medium Scales Enterprises, will have to be supported. Once everybody has something to do, nobody will like to call for any trouble.

“So I want to make that my mission, that employment opportunities must come through support to SMEs.

“I want to see a situation where our women will continue to play a dominant role but I’m particularly also concerned about our youth, I believe to transform Nigeria, you have to transform our youth. Take them off the streets. Take them to schools.

“We must invest in our education. We have to introduce entrepreneurship development courses so that those who are not able to go to tertiary Institutions should be useful in one trade or the other. 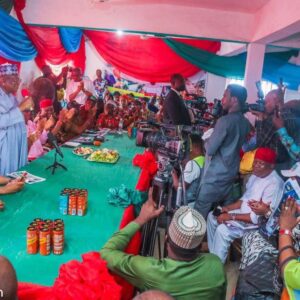 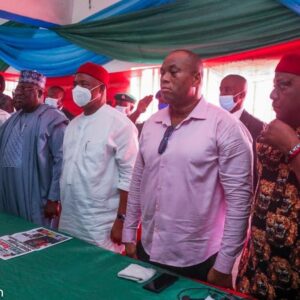 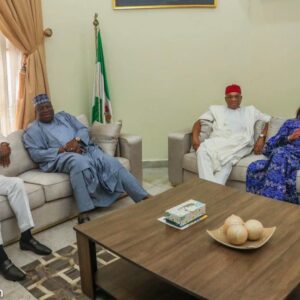 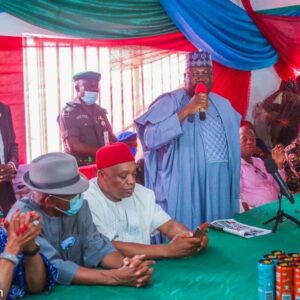 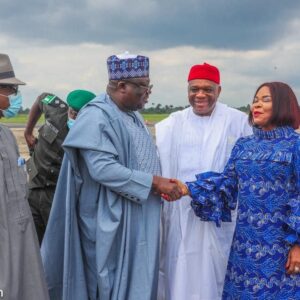