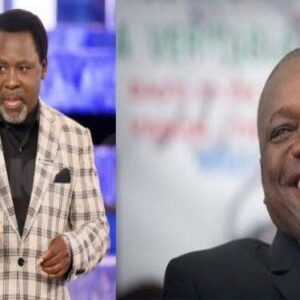 In the year 2001, I was just in Jss1 and my grandma who was in her early 70s was so fond of me. One day, we (I and my grand mother) were returning from one of our farms located behind Abia State customary court of apeal, we were trekking home through Secretariat road.

I was carrying a medium size basin on my head while my grandma had a small load on her head too. Still on our way home, at the point where we now have the Abia State branch of central bank, a sophisticated convoy of some police vans, 504 and 406 Peugeot saloon cars, Pathfinder jeeps and few other luxury cars drove past us and stopped. I almost fainted when the convoy stopped because as I usually did, I waved at the convoy while it was approaching. As we got close to the parked convoy, a tall, dark and handsome young man came down from the convoy, greeted my grandma in the Igbo way and told her that the governor wants to talk to her. My grandma knew what a privilege it is to meet with the governor so, her attempts to coordinate and comport herself became quite visible. I didnt know much about meeting a governor, but my instinct still informed me that what was going on was no ordinary encounter, so I marched with my grandma as the handsome man led us to one of the jeeps which was the fifth vehicle in the convoy.

As we got to the Jeep, the back windscreen wined down and behold, it was the handsome face of His Excellency Gov. Orji Uzor kalu whom I had seen severally on news papers and television programs. He greeted my grandma in native tongue and instructed the man who led us to his vehicle to take down the load on my grandma’s head, I didn’t wait for the man to take down the basin on my head as I wanted to impress occupants of the convoy, so I dropped down the basin by myself. 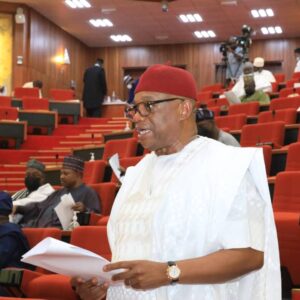 Gov. Orji Uzor kalu asked my grandma why she was carrying a load on her head and trekking under the hot sun and my grandma told him that her son( my dad) was supposed to come and take us home with his motorbike but maybe something came up at their office so, we could not wait for him any longer. Gov. Orji Uzor kalu immediately whispered to the tall man who carried our loads into one of the vans, and he said to my grandma in Igbo language, please Ma join our convoy so that we give you and your grandson a lift.

We joined the convoy and they brought us to the point known today as Rapha Hotel junction, it is a stone throw to our house but wasn’t motorable as at then. My grandma asked that they stoped us there since we were almost home and they did. To my grandma’s surprise, Gov. Orji Uzor kalu gave us a cash gift of #50,000( which is the equivalence of #500,000 today) and asked my grandma to always put Abia State in her prayers… .

my grandma was so happy that she prayed on the spot for the young governor. She prayed for God’s protection and wisdom on the governor after which Gov. Orji Uzor kalu stepped down from his vehicle and hugged my grandma not minding that he was putting on a sparkling white native suite while my grandma on the other hand was wearing her farm clothes.

He also shook hands with me before going back into his vehicle and the convoy drove off. As a child I didn’t really understand the significance of the event of that day, but as time went by and i continued to grow in knowledge, I began to understand what a humble, sincere, considerate, committed and benevolent person Dr. Orji Uzor kalu is, then I started to fall deeply in love with him.

The memory of that event has been ever green in my memory, and my love for Dr. Orji Uzor kalu has continued to grow stronger.

I am Ugbaja Clement Chiemeka