The Senate on Tuesday passed for first reading, a bill to reduce extreme poverty, safeguard vulnerable groups, implement social protection systems and measures in the country, through the establishment of a social welfare service.

The proposed legislation is titled, ‘An act to establish the social welfare service to reduce extreme poverty among the vulnerable groups and implement social protection systems and measures in Nigeria and for related matters ( SB.984).Further details of the bill, sponsored by the Chief Whip of the Senate, Senator Orji Kalu reveals that the proposed social welfare service will be a department domiciled in the Federal Ministry responsible for humanitarian affairs.

The bill which was the third order of Tuesday’s plenary seeks to establish a welfare service department in all branches of the Ministry of humanitarian affairs across the 36 states of the country and the Federal Capital Territory.

The bill also seeks to formulate social welfare programs periodically to address the chronic poverty in rural and urban areas and engage in schemes that will elevate poor people from poverty.  Leader of the Senate, Senator Yahaya Abdullahi introduced the bill to members of the Senate and its short title was read by the Senate clerk and was subsequently passed after it was put to a voice vote by Senate President, Ahmad Lawan. 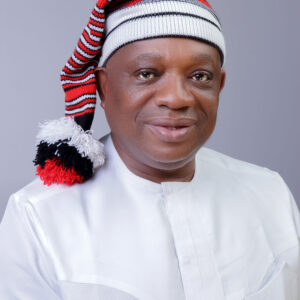 The latest Welfare service bill adds to the list of other notable bills sponsored by the Abia-North Parliamentarian undergoing various stages of legislative input at the Senate. Other bills sponsored by Orji Kalu a first time Senator include;

A bill seeking to establish a Federal College of Education, Arochukwu;
a Bill to improve the tax administration system and revenue generation by the government through the establishment of a Tax Crimes Commission;

a Bill for an Act to Amend the National Environmental Standards and Regulations Enforcement Agency ( Establishment ) Act, 2007 to provide for the prevention and control of Atmospheric Air pollution and other Related Matters there to Bill 2021;

a bill for an Act to Amend the Administration of Criminal Justice Act 2015 and Other Related Matters bill 2020;

a Bill for an Act to Amend compulsory, Free Universal Basic Act 2004 to provide for Increased funding of Basic Education in  Nigeria Bill 2021, among others.