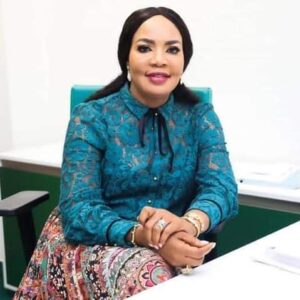 Prominent Abia-North statesman and philanthropist, Chief Amobi Ogah on Saturday played host to his supporters under the aegis of Ugo Abia Grassroot Movement at his Isuikwuato home, Abia State with where his constituents vowed to end the decade tenure bid of the member representing Isuikwuato/Umunneochi federal constituency, Hon. Nkeiru Onyejeocha come 2023.

In a chat with ABN TV, he said the member representing Bende Federal Constituency, Hon. Benjamin Kalu who is barely three years old has more milestones to show than Onyejeocha who is about 15 years in the Green Chamber of the National Assembly.

While dismissing rumours that he has joined the PDP, the CEO Pauli Mama Group highlighted that the people of the constituency craves for good governance, adding that he will announce his political family in coming days.

He said the interaction with his constituents is in furtherance of his ongoing consultations, maintaining that his supporters are ready and prepared to have a change of their representative at the House of Representatives in 2023 Irrespective of the political family he may find himself.

Chief Amobi therefore urged his Ugo Abia Grassroot Movement and other political structures to remain resolute in their quest for a more effective representation, insisting that he would dwarf the performance of Onyejeocha’s 16 years in just four years when elected to represent Isuikwuato/Umunneochi federal constituency in 2023.

He expressed optimism that his support base is strong enough to dislodge the forces that have failed in delivering effective representation to the people in the last 15 years.

“Amobi Ogah is a movement, it’s not just me. My people love me because I have shown them love and commitment to bring positive changes. I believe by God’s special grace, in 2023 I will represent the people of Isuikwuato/Umunneochi federal constituency in the House of Representatives,” he stated.