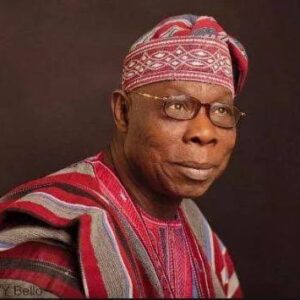 Former Governor of Abia State and Chief Whip of the Senate, Dr. Orji Kalu has congratulated former President Olusegun Obasanjo on the occasion of his 85th birthday anniversary.
While acknowledging the contributions of the statesman to nation building in various capacities, Kalu described Obasanjo as a strong willed leader.
The former Governor joined family, friends and associates of the former President in celebrating the accomplishments of the statesman in all facets of life.

In a goodwill message, Kalu prayed to God to strengthen the former President in all his endeavours.
He said, “on behalf of my family and the good people of Abia North Senatorial district, I felicitate with former President Olusegun Obasanjo as he clocks 85.
” The former President has carved a niche for himself in various endeavours, having served in top positions in the military and civil regimes in Nigeria and abroad.
“At times,  I disagree with him on some national issues, however,  I acknowledge his contributions to the social, economic and political development of the country.
“The former President having served the country as Head of State and Civilian President, deserves to be celebrated.
“I wish Baba many more glorious years in the service of humanity” .
Kalu prayed for longer life in sound health for the celebrant.