See where quarrel started and how the brouhaha got out of hand;
In 2019, obiano gave Bianca 500m to contest for the party’s senatorial ticket. She was to give delegates 5m from the amount. She didn’t spend a dime of the money. 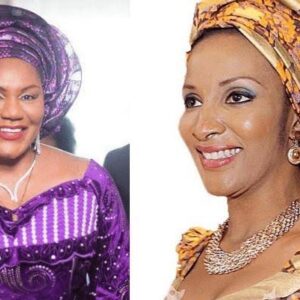 Why? She wanted an automatic ticket as the wife of the founder of the party. Obiano agreed but other members of the party refused. They said being from Enugu state, they had given her enough privileges.
When she was adamant, members went to Ebele, wife of Obiano. Ebele has a very strong influence on her husband.
Ebele was able to convince her husband to replace Bianca with another candidate. Here the wahala started.
Bianca felt mad at Ebele. First thing she did was to start sleeping with the governor just to get at Ebele.
Then she embarked on some campaign of calumny against Ebele.

Ebele is Obiano’s second wife. First wife died while she (ebele) was secretly dating the governor. Bianca went to town saying ebele killed the first wife to come in

Before now, Bianca was given the privilege of nominating two commissioners and some board appointees. She is placed on a monthly maintenance allowance of N5m
Her kids school fees are taken care of by the state government. Her cars are maintained by the govt.

Ebele stopped these Meanwhile, Ebele ensured Bianca was cut off from all govt and party activities. She tried reaching out to obiano but met a wall
The last election was the last straw. She wanted to be made the leader of the women campaign team. Ebele with some women blocked it. She got mad and then started anti party activities. Even Soludo was angry. He called her to order but she snubbed him.

Eve of the last election, Bianca held meetings with Andy Ubah. She took out a paid advert in the newspaper saying APGA might lose because of the man she was sleeping with.
She vowed never to have anything to do with APGA again

Even Soludo was angry and took up the matter with Anambra traditional rulers but Bianca was adamant
So when Ebele saw her on swearing in day, she was surprised and went to ask her what she was doing at a ceremony she vowed never to be part of. 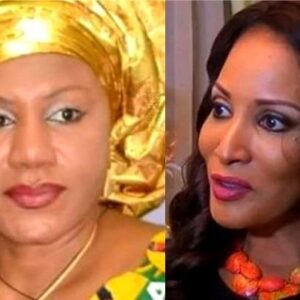 Go through the address of Soludo. He thanked past and present leaders. Even African leaders but he left out Emeka Ojukwu. Why? He was still angry.
Check his comment on the incident on the swearing in day. He said communication gap caused it. He knew what he meant by that

I am not supporting either of them but just to let you know what happened yesterday was not just like that.