The Chief Whip of the Senate and frontline Presidential Aspirant , Sen. Orji Uzor Kalu on Tuesday in Abuja applauded President Muhammadu Buhari and the Caretaker/ Extraordinary Convention Planning Committee of the All Progressives Congress (APC) , Gov. Mai Mala Buni for the postponement of the party’s national convention earlier scheduled for February 26, 2022.

Kalu who recently returned from Germany said the decision to postpone the convention falls in line with his earlier request to the President and National Caretaker Chairman. He noted that getting it right is more important than just holding a convention for the sake of convention. 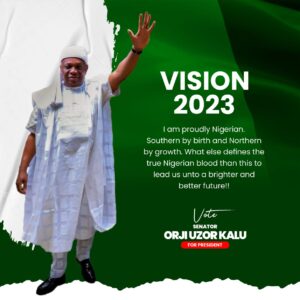 “For a stronger and a near perfect APC, it is important that the party cease the opportunity this postponement has created to correct any a-normally in the party . “ He said

The former Governor emphasized that his earlier call for the postponement of the convention was based on the realities that would hit the party should the convention hold unprepared .

According to him , “ I was misunderstood in some quarters when I pleaded with the party to consider postponement of the convention. I am glad the President and Caretaker Chairman has considered the request because of it’s necessity . “ He said 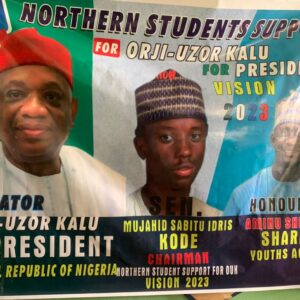 It will be recalled that On December 16, 2021, Kalu had in his letter to Gov. Mai Mala Buni, warned that holding the convention in February without sorting out minor disagreements that arose during the congress could lead to implosion.

In the letter , he also appealed for the conduct of presidential primaries and election of National Working Committee (NWC) of the party same day.

According to him, some states are embroiled in crisis with multiple factions arising from the congress.

Excerpts of the letter read : “I must also commend your peaceful disposition and sense of commitment to the growth of our party which also saw very peaceful congresses across the states.

“However, it is pertinent to note that, some states are embroiled in crisis with multiple factions.

These factions are not new to our politics, especially since the return of democracy in 1999. However, it is important to put into consideration, the consequences of these factions during and after elections.
“It is important to remind you that the ignoble creation of factions in our party in Rivers and Zamfara states cost the party the governorship elections in those states,’’ Kalu told the party.

Extortion in APC: Group Urges Buni to Speak Out on Alleged Mastermind of Extortion of Aspirants through one Yakubu, others