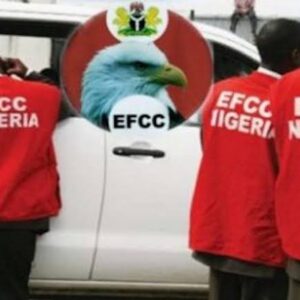 The Igbo people living in the diaspora under the aegis of  Igbo Progressive Initiative (IPI), on Wednesday, raised an alarm over  alleged plot by the Federal Government of Nigeria to intimidate and  as well “destabilise presidential aspirants from the South East geo-political zone, using the instrumentalities of the Economic and Financial Crimes Commission (EFCC) and other agencies of government.”

The group in a statement signed by its President General, Dr. Raphael Agwu, alleged that the plot was to stop high profile Igbos from contesting the 2023 presidential election.

He stated that “it is now obvious that the current government is all out to move against and silence all presidential hopefuls from the South East using the Economic and Financial Crimes Commission, EFCC.

“Igbo Progressive Initiative is alerting all Nigerians that they are at it again to stop our sons and daughters who are already consulting for 2023 presidential election. Their plot is intimidate and harass them with frivolous charges.

“EFCC has been characterized with political conspiracy to witch-hunt the perceived strong presidential contenders from the South East across the major political parties.

“APC led Government of President Mohammadu Buhari should as a matter of urgency desist from intimidating the perceived presidential contenders from the South East.

“There’s hatred of political act going on against Igbo political office holders and stakeholders by the EFCC and the same EFCC has failed to investigate those indicted with serious corruption cases from other parts of the country.

“This hatred against our sons and daughters has to stop with immediate effect as Nigeria belongs to everyone,” the group said.