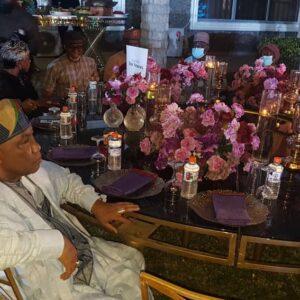 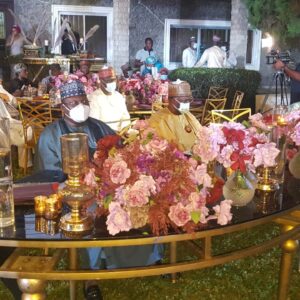 The celebration holding at his Abuja, Aso Villa residence has in attendance members of the Presidency led by the Chief of staff to the President Buhari, Agboola Ibrahim Gambari , leader of the Senate , Senator Yahaya Abdullahi, Minority Leader of the Senate, Enyinnaya Abiribe; Senators:  Rochas Okorocha, Aisha Binani and others, others include;Ambassadors to Spain , Korea and other nations. 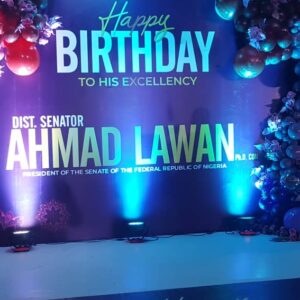 Breaking: Tinubu Fingered In An Illicit Drug Business And Money Laundry By US Government.