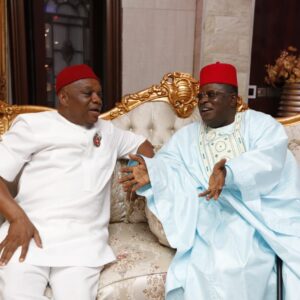 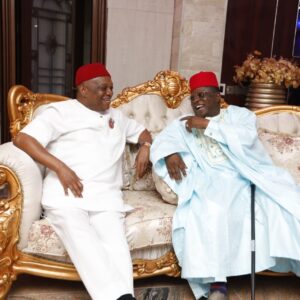 Both APC chieftains exchanged a warm embrace and proceeded for lunch after which they engaged in a meeting behind closed doors. 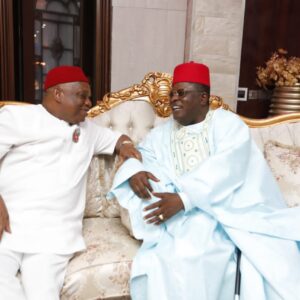 The visit comes admist staunch clamour by Political stakeholders for South East as the most qualified zone to produce the next President of the country in 2023.

The duo both strong chieftains of the ruling All Progressive’s Congress in the Souhest are both being touted to succeed President Buhari. 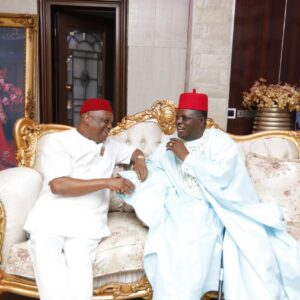 Breaking: Enyinnaya Abaribe Could Not Show Us Any Tangible Completed Project For 22.5 Years Of Being In Corridors Of Power- Jaja Martins