Just In: Why APC Should Listen to Orji Uzor Kalu and Hold Its Convention and Presidential Primary Election Same Day

Just In: Why APC Should Listen to Orji Uzor Kalu and Hold Its Convention and Presidential Primary Election Same Day 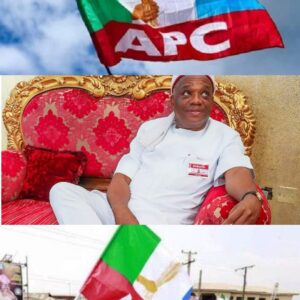 The ruling All Progressives Congress, APC has tentatively fixed February 19 as the date for its national convention. This is after some aggrieved members have called on the Mai Mala Buni led caretaker committee to conduct a national convention and hand over to an elected NWC.

However, it appears some persons in the party are already seeing the dangers ahead if the party goes ahead to hold its national convention at this time.

Chief Whip of the Senate and the Senator representing Abia North in the Senate, Orji Uzor Kalu has written to the national leadership of his party, APC. According to Daily Trust, Kalu is asking APC to postpone the February national convention so that it will take place the same day and venue with the presidential primary election of the party.

In my opinion, the APC should listen to Kalu on this matter and we would discuss why I think so in this article.

There are many factions in state chapters of APC. This ugly situation raised its head after the ward congress of the party. It persisted throughout the local government and state congresses of the party to the extent that 3 chairmen emerged at a congress in a state.

This is to give enough time to resolve the crisis facing the party amicably. For example, Hope Uzodinma and Rochas Okorocha are in a supremacy battle for the soul of APC in Imo. A faction is loyal to Okorocha and another to Uzodinma.

The story is the same with Ganduje and Shekarau in Kano. Not to mention the crisis in Ogun APC where Amosun and Governor Abiodun are political rivals. Don’t forget that a faction of APC in Lagos led by Jandor recently left APC for PDP.

All these are signs that all is not well with the broom party that has governed Nigeria in the last 6 years plus.

The least they can do for themselves is to listen to Kalu and postpone the national convention to a new date when their presidential primary election will take place so that they can have enough time to reconcile all aggrieved members.

ORJI KALU DESCRIBES PRESIDENT MUHAMMADU BUHARI AS A RARE LEADER WITH STRONG PASSION FOR THE GROWTH AND PROGRESS OF NIGERIA, REJOICES WITH HIM AT 79