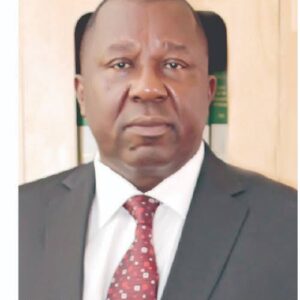 Re: My Nomination for Membership of Abia State JSC….Matters Arising.

Dear colleagues, I feel obliged to brief you all on the recent happening concerning the now aborted effort for me to be a member of the Abia State Judicial Service Commissiom. I am doing this because many of you congratulated me when the announcement was made. Following my nomination, I and others appeared before the Judiciary committee of the Abia State House of Assembly for screening, shortly thereafter a letter written by the immediate past Attorney General of Abia state Chief Umeh Kalu (SAN) surfaced in the media wherein he expressed his views on the deplorable state of governance in Abia state. Obviously, the publication made by Chief Ume Kalu did not find favour in the eyes of those in government in Abia state.

Consequent upon Umeh’s letter some persons in and out of government made warped attempts to make me go public to condemn and castigate Umeh Kalu so that I will receive the coveted trophy of ‘Member Abia State Judicial Service Commission’ of course I said no to such suicide proposal that bordered on the lunatic fringe; I could not imagine my self playing the undertaker role for the government or such role reserved for the psychologically deficient sycophant and boot licker. I opted to keep my honour and not to be used by any principality to destroy or diminish my own brother because of appointment, however i did not know that an Ohafia brother was already on the bench warming up to play the game. Later on. our ohafia brother wrote on the social media to castigate Umeh without addressing any of the core issues contained in Umeh’s letter.

Today, I was invited to the house of Assembly Judiciary Committee in the cause of proceedings, I was informed that my nomination has been withdrawn and the prize I refused to go for by betraying Umeh Kalu has been awarded to Ukpai Ukairo.

I am proud to say that I was not dropped from the JSC for poor score, or low integrity quotient. In all we must continue to pray for Abia State and hope that tomorrow will be better. The Walls of Jericho eventually came down