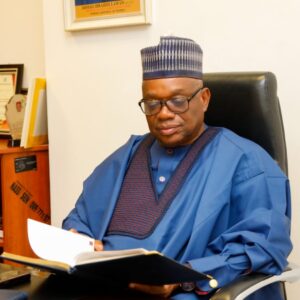 Compared to other contenders as analyzed by Leadership Newspaper on who becomes the President of 10th Senate, these ten qualities distinguishes Sen Orji Uzor Kalu and places him ahead of all others.

1. He is a premium ranking senator

2.He is from the South East

3.He is the Most experienced

4.He has nationalist and detribalized reputation

5.He is known for efficiency and hard work

6.He will Stabilize and unify all senators despite party differences

7.He has the required Energy with good humor

8.He is Dependable and Reliable politician

9.He has the courage to take tough decisions and stand firm on what is right

10. He is a man of the people who has national appeal from all geopolitical zones.

The poll was wholesomely enriching. It cut across every religious, ethnic and political sentiments.

The general permutations are strongly in his favour.

2023 Election: Brace up for what's up, Fani Kayode Encourages APC Members and Supporters of Tinubu.