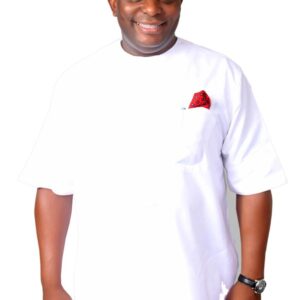 According to the group, Kalu should listen to the offers from Abia PDP and jettison APGA.

The group specifically urged Kalu to join hands with the party in rescuing the country from hardship being experienced under the All Progressives Congress, APC led administration.

The group stated this in a statement signed by its Director General, Prince Samuel Agbaeze, Friday in Umuahia in response to the report that Mascot Kalu is set to jettison the All Progressives Congress (APC) to a new undisclosed party

Following the report, Kalu’s political ally , Pastor Nelson Umezie confirmed that the movement to a new party is inevitable considering the treatment APC has meted on Mascot Kalu

He noted that there is heavy possibility of Kalu decamping to a new party to pursue his future goals in no distant time .

His words : “This movement is inevitable considering the poor treatment the APC has given him . Mascot joined the APC in 2014 with his mother Elder Mrs Eunice Uzor Kalu and have been supporting the party in different capacities. He has committed his resources and energy in building and sustaining the party and what did he get in return ? poor treatment .

“Many times his name was picked up by the party for board appointment or management of parastatals but it never materialized. The party has failed to distinguish Mascot from his elder brother, Senator Orji Uzor Kalu who has his life and dream to pursue and himself who has his family , life , goals, aspirations to pursue . The party has refused to recognize him despite all his huge contributions.

Agbaeze said, “Mascot Uzor Kalu is welcomed to the PDP. We are appealing to him to join the PDP and jettison APGA. His future is in the PDP.”