As the 2023 presidential election draws close with a lot of support groups canvasing and galvanizing support for their preferred candidates, a delegation of North East Coalition of Youth for OUK 2023 came to Orji Uzor Kalu House, Mabushi in continuation of their support for a President from Southeast extraction. From Left to right is Abdulwahab Diyar( Chairman of the coalition, Dr Umma Sanni Sadik(Leader OUK 2023 Hausa language singers) Rev. Jemaimah Ola Kalu, DG OUK foundation /Co-ordinator OUK Movement, and extreme right Malam Junaidu Kashim(Secretary). 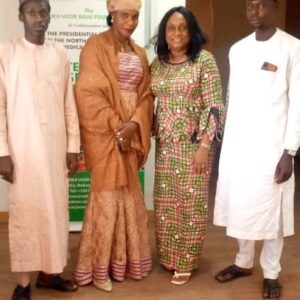 Abdulwahab Diyar, while presenting his speech during a courtesy visit to His Excellency, Chief, Dr. Orji Uzor Kalu, said that the Coalition of Youths for OUK 2023 spread across North East and that he is the coordinator/Chairman. He showered heart warming encomiums and words of hope to Dr Orji Uzor Kalu in support to his 2023 presidential ambition. 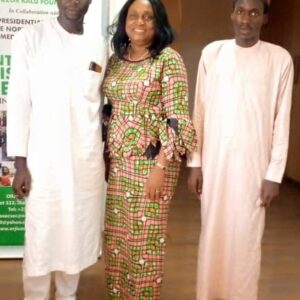 While speaking, Diyar said the organization has a well structured mechanism of operation, comprising of 30 different political positions, like; coordinators, women leaders, youth leaders in all the Northern States.

Osunreporters.com also learnt the political group has a well documented constitution which gives them guidelines and direction, in making sure there’s orderliness and that their members are properly guided.

Diyar reinstated that all their preparation and unalloyed support are all geared towards the victorious emergence of Senator Orji Uzor Kalu as president, come 2023. 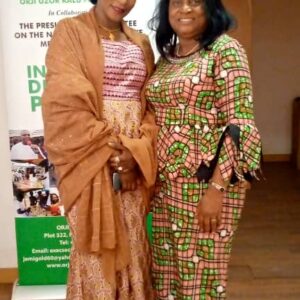 He went further to buttress the point that if OUK is endorsed by President Muhammadu Buhari and nominated by APC that they will rally round to ensure his victory at the polls; That the Youth Coalition, having a solid structure and organisational network will transfer all their master plan and massive grassroots support to the former action Governor of Abia State and current Senate Chief Whip and ensures he succeeds in the forth coming 2023 presidential election. 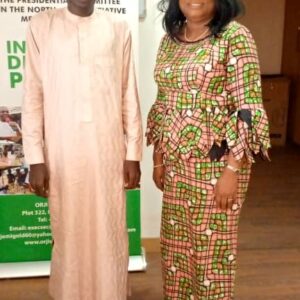 Mr. Diyar being optimistic, made bold to say that the Chief Whip of the 9th Assembly will comfortably cruise home to victory, because, it will definitely be a win-win for OUK.

Having seen the light at the end of the tunnel and a glimpse of hope , Diyar stated that OUK was going to win the 2023 election once the great APC Party gives him the ticket, Insha Allah (By God’s grace).

Further more, he said if Orji Uzor Kalu becomes the president, that he (OUK) was going to provide tremendous job opportunities for our youths who come out of various tertiary institutions without securing any meaningful white collar job. He stressed that such hopelessness and joblessness of our youthful population is what leads them into joining various crime like internet fraud banditry, kidnapping, Cattle rustling and other vices. He said a lot of Nigerians are suffering, and are hoping on OUK’s mandate as their last hope to breakthrough in order to ease their pain.

However, Mr. Diyar was confident that when OUK becomes the C-in-C, he will restore the confidence of Nigerian Youths, because, the former two- tenured Governor of Abia State has shown capacity, practically done so previously, both in his business as an international business man, who transformed a mere $35 he got from his mother, into mult-ibillion dollar global companies like; SLOK Group, New Telegraph, The Sun Newspaper, Shipping, Mining, across sub-saharan Africa, Europe and America.

Recall that Orji Uzor Kalu started creating and making wealth at the age of 19. As at 26 years, he was given an award as the youngest billionaire by Nigerian Government under the leadership of General Ibrahim Badamosi Babangida, the then Head of State. At 27, OUK was already chairman of governing board of CCB. At 28 he was the Chairman of Borno State Water Board, was a board member in Unitpetrol, he also served as House Representative member, and finally became Governor of Abia State at 39 years.

So, when you talk about experience both in public and private sectors, OUK has them in abundance. The convener of the Coalition of Northern Youths, confirmed that Nigeria has a pragmatic and Indefatigable leader in His Excellency Orji Uzor Kalu, whom their prayers are with. He reaffirmed that the whole of North East are going to vote massively for Dr. Uzor Kalu when the time comes and he will win by God’s grace.

Mr. Diyar prayed that the Almighty God will continue to bless Nigeria and Nigerians in general.