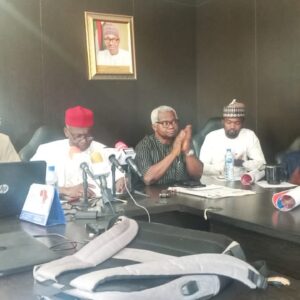 Ahead of the 2023 Gubernatorial elections in Abia State, frontline Governorship Aspirant and Chieftain of the All Progressive’s Congress, Dr. Chidia Maduekwe has received the backing of President Muhammadu Buhari’s official Support Group known as the Buhari Media Organization (BMO). 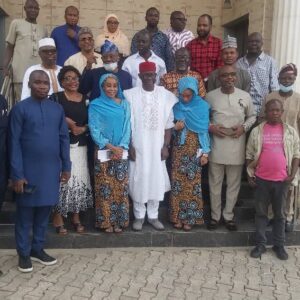 BMO, the official media support group of President Muhammadu Buhari, made the declaration on Wednesday in Abuja during an interactive session with Dr. Chidia Maduekwe during which he disclosed his intention to contest for the No1 position in his home state. 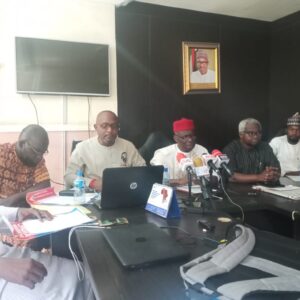 According to the group Dr. Chidia who is also the current Chief executive officer / Managing director of the Nigerian Film Corporation (NFC) , possesses the required qualities needed to govern Abia state.

The group in different statements made by the Director General of the Organisation, Seyi Adebayo and it’s secretary Kassidy Maduekwe on its behalf of the group, threw their weight behind Dr. Chidia their total support while stating that he ticks all the boxes to retool the state’s economic current woes. 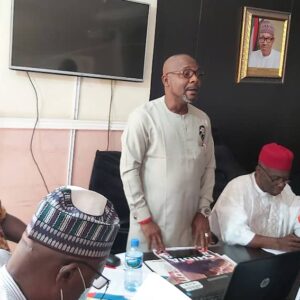 The event which held at the group’s head office at Utako had in attendance Chieftains of the All Progressive’s Congress and renowned Media influences they include DG Voice of Nigeria, Osita Okechukwu , Mr. Fola Harry , Chukwudi Enekwachi amongst others.
Highlighting the reason behind their support the group disclosed that Chidia Is well experienced having served in various entrepreneurial, parliamentary and executive leadership capacities.

Enekwechi said; ” He has the organic idea to make Abia a renewed environment for development of the people.  I want to say that Dr. Chidia Maduekwe is the best among All those that have indicated interest or about to indicate interest to contest for the Governorship.
“I say this not because I am a praise singer but I say it out of conviction, having heard him out in terms of the condensed manner with which he has made his presentation believing that when his manifesto comes out we shall have a broader overview of what he plans to do for Abia people and I am very much concerned about how out people will develop.
“How their lives will improve and I believe that Dr. Chidia Maduekwe has the solutions to the challenges confronting Abia. I believe that he matches up to the personalities of the likes of Gov elect Soludo currently. We are proud of Dr. Chidia Maduekwe and I assure that he will be the next Governor of Abia state.
Earlier in his address Dr. Chidia lamented the current deplorable economic and infrastructural condition in the state, giving assurances to instill good governance in the state.
Responding to questions from the media Dr. Chidia succinctly explained how he intends to govern the state when elected, while pledging to prioritize Education, Energy and Economy.
His words; I am prepared to give Abia people good governance that will be centered on agenda 3 E’s and I as the core pillars of my good governance program.
“We shall make EDUCATION our top most priority since we must build on our strength and not on our weakness. Education here connotes both formal and informal education.
The value of education with its accompanying value chain must be brought back to the front burner if abia must unlock her highly rated God given potential to be counted as one of the Nigerian states leading our country in different spheres of human endeavor. No Abia child shall be left behind. Associated educational infrastructural development shall be pursued all through its value chain.
Unveiling his plans on Energy he disclosed his intention to make Abia a topmost green and renewable Energy state in Nigeria. He said “Most of our oil wells in Abia state are capped over gas wells, from the gas fields of Owaza we shall work with relevant federal government agencies to encourage Abia to tap into their God given resources in the compressed natural gas -CNG sector. National grid shall become a secondary source of power in the Abia state after 24 months we mounted the saddle. There shall be a natural gas revolution with associated productivity and advantages of the entire value chain.
On Economy Chidia analysed his plan to build a smart economy by putting in place infrastructure for the state.
Chidia harped on restoring “Aba” the state’s largest commercial city it’s glory days describing it as a national duty that will rub off in no small measure to Nigeria.
Other plans highlighted by Chidia include;
(1.) Abolishment of the humongous drawings of security vote to a collectively acceptable limit not exceeding 20% of the current monthly drawings.
(2.) Urban renewal authority bill to be passed by the State Assembly shall focus on ensuring three cities in Abia take the center stage with infrastructural developmental stride. These cities in other of priority shall be;
[1.] ABA- The Enyimba City, to transformed into the Commercial city for Nigeria and the sub regions
[2.] UMUAHIA – transforming the state capital seat of power for administration and leisure
[3.] OHAFIA – putting in place the Innovative and Digital city of Abia state
Concluding, Chidia urged the organisation and well meaning Abians to support his quest to lead the state to greatness. 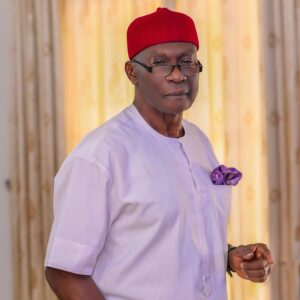