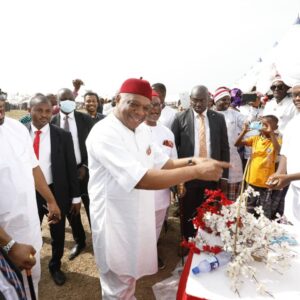 The Chief Whip of the Senate, Senator Orji Uzor Kalu has said that the federal government through his constituency projects has carried out over 50 road projects across Abia North Senatorial District.

Speaking on Monday during the Ezumezu festival of Igbere Clan, Bende LGA, the former Abia governor said the ongoing projects underscored the fact that the All Progressives Congress (APC) government was performing. 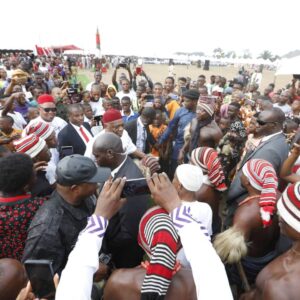 He stressed that the completion of some of the roads would bring succour to the road users in that area.

According to Kalu, the projects in Abia North Senatorial District was the highest in the whole of South-East and South South geo-political zones. 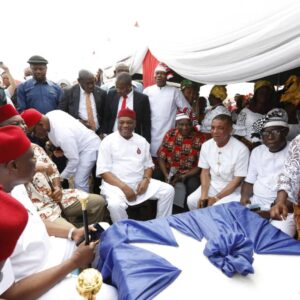 He pointed out that some of the roads and bridges had been abandoned for the past five to six decades, noting that the 68% votes given to the ruling All Progressives Congress (APC) in the last general election was not a waste.

He appealed to Governor Okezie Ikpeazu to intervene in the failed Uzoakoli- Igbere-Abiriba-Ohafia road which is a state road. According to him, he had appropriated N1billion for the reconstruction of the road. 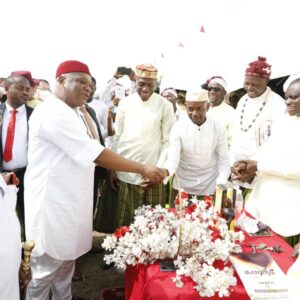 “I would like to put it clearly to Ndi Igbere especially that the Uzuakoli road is not owned the Federal government of Nigeria. I had put N1billion there to do the road, though they are not doing it as of now because the road belong to Abia state government and am calling on the governor of Abia state to please look at that road again. When I was governor, that road was not in this state. I was doing it because we used it. I want to beg Dr Okezie Ikpazu, not in quarrels but appealing to him to please find favour in his mind to give us that road. It is our road.

“In the 2021 budget, one billion was on that road as appropriated by the Senate, but the ministry of works are very slow because it’s not owned by the Federal government of Nigeria.”