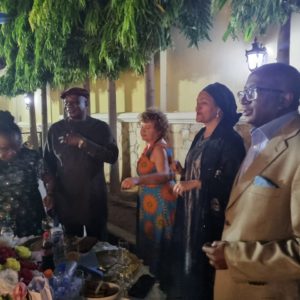 Senator Victor Ndoma-Egba hosted the outgoing United Nations Resident Coordinator, Edward Kallon and his wife to a farewell party in his Abuja residence. The party attracted the diplomatic community with the Deputy Secretary General of the United Nations, Her Excellency, Mrs Amina Mohammed was the special guest. 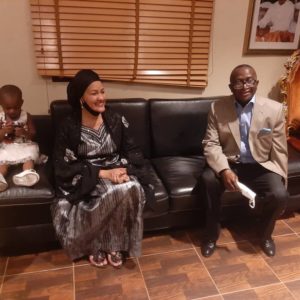 The farewell party had in attendance, who is who in Nigeria political, business and captains of industries.

Worthy of note was the scintillating appearance of His Excellency, Chief. Dr. Senator Orji Uzor Kalu, who arrived with his entourage of P.As and other notable personalities and politicians 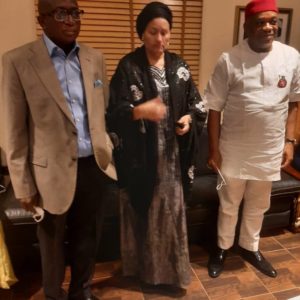 The party later came to a close, and was indeed remarked as a memorable farewell party for the UN diplomat Edward Kallon.

His Excellency, Senator Orji Uzor Kalu Joyful And Happy As He Paid His Dear Mother A Visit